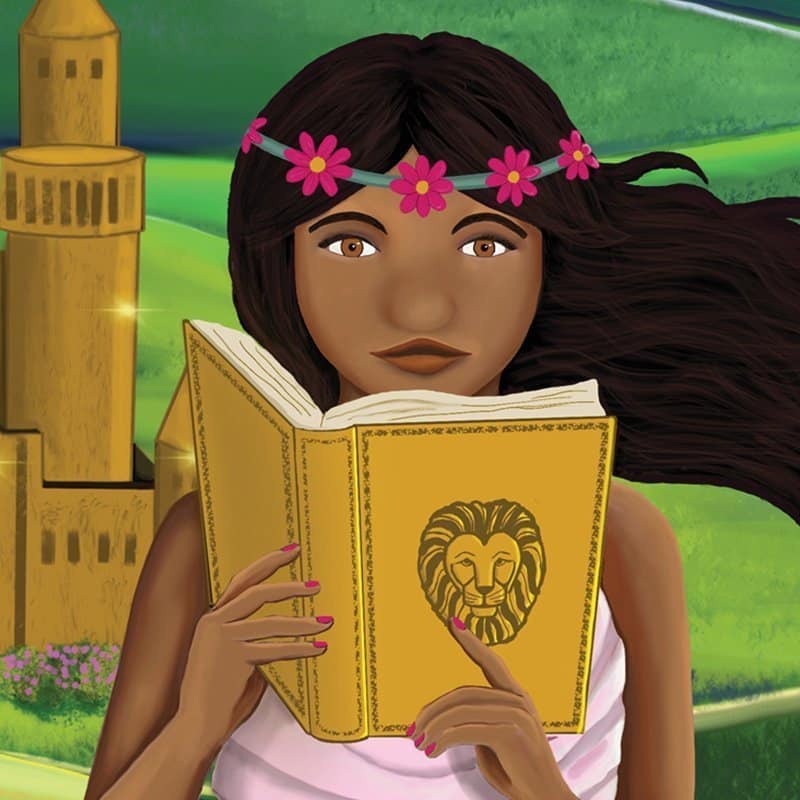 *This post may have affiliate links, which means I may receive commissions if you choose to purchase through my links (at no extra cost to you). As an Amazon associate, I earn from qualifying purchases. Read full disclosure here.
Tweet
Share
Share
Pin

When I illustrated A Royal Mission, I knew I wanted a book that shows diversity. I specifically wanted to reach girls of color. The book was written for all girls but as a mother of a dark-skinned child, it was especially important that girls of color saw themselves as part of God’s story. That is why the images in my children’s book feature people of color.

Imagery plays an important part in story-telling. It sends subtle messages of who is included and who is not. I, admittedly, was completely unaware of the effect images can have on people of color. I am a light-skinned Latin American woman and I so I never understood what I had never experienced. That all changed when my daughter became old enough to read.

One day, as she looked through a Christian app made for children, she turned around and asked, “Why does no one in here look like me?” And sure enough, Caucasians were representing every character in these Bible-based stories. There was not one person of color even though the app was recounting stories of people who most likely had dark skin. That app was not the only medium with that same pattern. Her Christian books and movies had very few people of color. My heart sank as I realized that my daughter felt excluded from the gospel message.

People of Color in A Royal Mission

That experience prompted me to write the article, The Lack of Diversity in Christian Media. But it also inspired me to make sure that the characters in the children’s book I had written would include people of color. In it, you will see a Jesus that looks like a Middle Eastern male instead of the typical Caucasian, long-haired version commonly seen today. The main character has beautiful dark skin. The King’s warriors and the princess’s friends are people of various racial backgrounds.

A Christian Children’s Book for Every Girl

My primary ministry, here at Fruitfully Living, is to help girls and women come to the full purpose of their calling. But how can a young girl effectively find her purpose, if she consistently sees herself as less than worthy?

A Royal Mission was written and illustrated to help girls, all girls, but especially girls of color, build a positive self-image rooted in Christ. They learn, that the King of kings gave them each an important mission and that he will never leave them nor forsake them. They learn that they belong to a Kingdom like no other and that they are royalty.

To learn more about the book, read Why Parents, Girls, and Churches Will Love This Book and Book that Equips Girls to Live Out Their Faith.

A Royal Mission is available in hardback, paperback, and Kindle at Amazon.

How To Protect Children From Sexual Predators

To the Girl Who Says, “I Hate My Body”