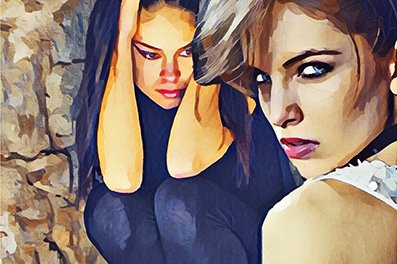 I am finding a dangerous trend in many discussions about justice and I think it is important to take some time to address it directly. Injustice is real and we must intentionally stand against it. However, in our efforts to be a voice against injustice we must strive to avoid taking part in the culture of victimhood. If we don’t, it will sabotage our spiritual growth.

As my loyal readers know, I am a voice for the marginalized, especially women. I designed my studies on biblical womanhood to help bring women out of the shadows. I am intimately aware of how the church has marginalized women in general and women of color. For that reason, I intentionally create illustrations that include women of color because I know they are underrepresented in Christian media.

I see the injustices in our society and I know that people of color fare worse in the American justice system than white Americans (and in other sectors as well). I am also aware of the injustices worldwide. The caste system in India. The human rights violations against the Uighurs in China. The oppression of indigenous populations in Latin America. The list goes on and on and we should never grow callous to it nor be ignorant of it.

But one wrong shouldn’t drive us to engage in another, and that is why this discussion on the culture of victimhood is important.

What is a Culture of Victimhood?

A culture of victimhood is where it is seen as okay to constantly portray oneself as a victim. If we take part in it, it will take on a life of its own. Any circumstance or situation can be seen as victimizing –even when it is not in reality. Here is an example.

Back when I was in college, there was a female college professor who sued the college for gender discrimination. She claimed that she did not get tenured because she was a woman. I had taken a couple of her classes, and she was good. I also took classes under the professor, a male, who was tenured instead. He was amazingly good and I learned infinitely more in his classes than in hers. So was it gender discrimination? Or maybe she just didn’t meet the standards that this elite college was looking for?

Here is another example. Let’s say I have an insecurity (and I do, many of them) and you unintentionally “trigger” that insecurity. In the culture of victimhood, you automatically become the aggressor and I have become the victim. In reality, however, the problem is my insecurity and not you.

When we view everything through a lens of sexism, racism, etc, and don’t account for other possibilities–then we are partaking in a culture of victimhood. If we are easily offended or seek opportunities to be offended, then we are immersed in this culture as well. We are letting the spirit of offense overtake us, and we will suffer for it. 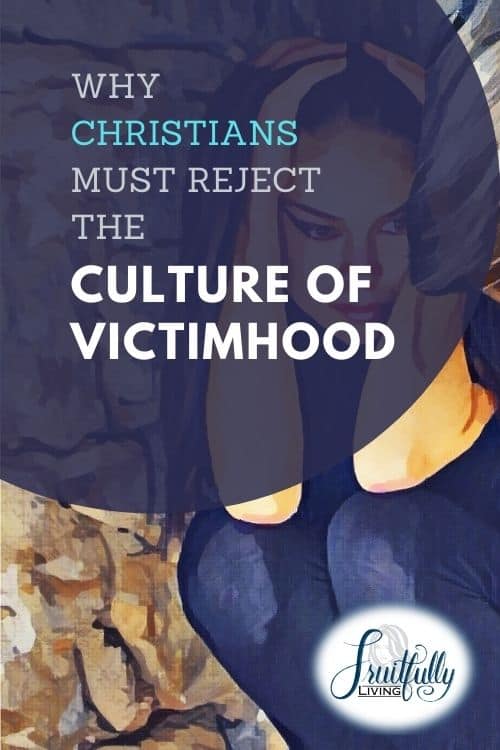 Why This Victim Culture is Not Biblical

To partake in this culture of victimhood runs contrary to God’s word for three reasons. First, it absolves us from personal responsibility. Second, God already told us that in this world we will experience injustices. To believe that we can completely avoid it is living a life that is void of reality. Third, we limit God. We become our own worst enemies and limit the life God would otherwise want for us.

1. The Culture of Victimhood Absolves People From Personal Responsibility

Racism is real. Sexism is real. Injustice is real. Its root is in the sinful nature of the human heart and it is not going away. But not every “bad” circumstance is the result of these evils. Sometimes we are a the cause of our own bad circumstances.

When we train our mind to view everything from the lens of racism or sexism, for example, then we are absolving ourselves from all responsibility. In essence, we are concealing our own transgressions.

Whoever conceals his transgressions will not prosper, but he who confesses and forsakes them will obtain mercy.

If we don’t take responsibility, if we hide our own transgressions, then we will not grow nor prosper. Maybe the cashier was rude to me because I was unkind first–and not because my last name is Rodriguez. Maybe I didn’t get that job because I didn’t prepare well for that interview–and not because I am a woman. It is important that we scrutinize our own selves first, let God search our own hearts, admit our own failings in the circumstance—and only then decide if an injustice took place.

It can also be a problem not only for individuals but for people groups as well. I know I am going to step on some toes here, but I will speak frankly as a Latino woman, who immigrated to the US, grew up poor, and should have by all accounts become a statistic.

I have seen people of my culture (other Latinos) complain about how “the American system” is responsible for our people not getting farther ahead in the United States. And yet, as a culture, we do not place as high a value on education as other people groups. It is a fault in our culture (just as other cultures have their own flaws)— and we are better of as a people confessing it and then attacking it with the same vigor we would attack any injustice against our own. Only then, as it says in Proverbs 28, will we prosper.

2. Injustice is a Fact of Life

If an injustice did take place, then we must ask ourselves, is it worth fighting?

The culture of victimhood is built on the premise that we can completely protect people — not only from being victimized but from every word or deed that might “trigger” a reminder of the wrongs committed.

But the Bible is clear that we will, many times, suffer for doing what is right.

In most instances, we are asked to endure, to turn the other cheek. This is not a popular stance, but we must make a decision to follow God or follow the culture.

The Times When We Must Confront Injustice

Does the reality that injustice is a fact of life, especially for Christians, mean that we roll over every time we see injustice? For heaven’s sakes no! Aren’t we glad Shiphrah and Puah, Harriet Tubman, Oskar Schindler didn’t roll over?! But who were these great heroes focused on? Themselves? No. They were fighting for others.

The culture of victimhood is inherently selfish and it is devoid of the love of Christ. It seeks to bring attention to itself instead of actually helping those that need it. Click To Tweet

Look, I am not a saint in all of this. I too have fallen prey to this culture at times. When I hear someone tell their story, I have found myself itching to tell them my suffering. Why? To make it about me. The nature of the human heart is to be self-centered. However, when we focus all our energy on ourselves, we don’t have much energy left to focus on those that truly need us to step in and be a voice for them.

Wisdom is Necessary to Avoid Partaking in the Culture of Victimhood

Does that also mean we never speak up for ourselves? Absolutely not. The Daughters of Zelophehad in the Bible spoke up for their rights. So there is biblical precedence for it but it requires wisdom and grace. Abigail is one of the best examples of this, a woman who knew how to be as innocent as a dove, but as wise as a serpent.

Learning when to fight and when to stand down takes wisdom, meditation, and prayerful consideration. We have to balance showing the love of Christ, even with the unlovable, when fighting to correct an injustice. The church will be forever stained for its silence during the Holocaust. On the other hand, getting offended at every perceived wrong against your person will steal your peace, ruin relationships, and limit God.

3. The Culture of Victimhood Limits God

When we are so focused on all the barriers placed before us, we are not focused on the one that can overcome them. God.

20 No unbelief made him waver concerning the promise of God, but he grew strong in his faith as he gave glory to God, 21 fully convinced that God was able to do what he had promised.

Just like Abraham did not allow the limits of his age or Sarah’s womb, to keep him from believing in God’s promises, we can’t allow the barriers we face to keep us from believing God will follow through with what he has designed for our own lives.

For that reason, my husband and I are not raising our daughter to worry about the injustices she might face as a dark-skinned, Hispanic woman. Don’t get me wrong. We are completely honest with her. When she was denied access to a gifted program for reasons we believe were racially motivated, we told her. But we also showed her how God moved despite that setback. How he put other teachers in her path that helped propel her forward.

The bottom line, I want my daughter to know this. Come hell or high water, nothing or nobody is going to prevent her from doing what God has called her out to do. The only person that can stop her– is herself–if she lets fear overtake her or lets the barriers become greater than her God. And that is an attitude, as Christians, that we must all take. Our faith has to be greater than the obstacles before us.

How a Culture of Victimhood Actually Hurts Real Victims

One of the tendencies within this culture is for the “triggers” to exponentially grow in number and effect. The number of things or actions that can be offensive all of a sudden take on a monumental place in our lives. Bottom line – everyone becomes a victim and the focus is lost from the real victims of real racism, real trauma, and real pain.

Again, speaking as a Latino woman, I have witnessed other Latinos take offense for things like a white person asking them if they are from “Mexico.” Okay, I get it, Latinos are diverse and only a fraction are from Mexico. But I have witnessed the same Latinos mistreat indigenous-looking Latinos. What is the greater evil?

So no, I am not going to waste my time nor energy on what someone may or may not mean when they ask me a question or make a statement because they are unaware of all the intricacies of my culture, race, gender, etc. But when my friend, who is an indigenous woman, called me in tears as she was being mistreated by a dealership (a clear case of racial profiling)—you better believe that I stepped in.

There are too many great evils in the world to tackle to waste time on all the little ones. Generally, give people the benefit of the doubt (love believes all things), but if a real injustice is happening, step in, help and use wisdom and the guidance of the holy spirit to make a difference.

How to Pray Against Racial Injustice

The Lack of Cultural Diversity in Christian Media

The Woman at the Well: A Study on Racism