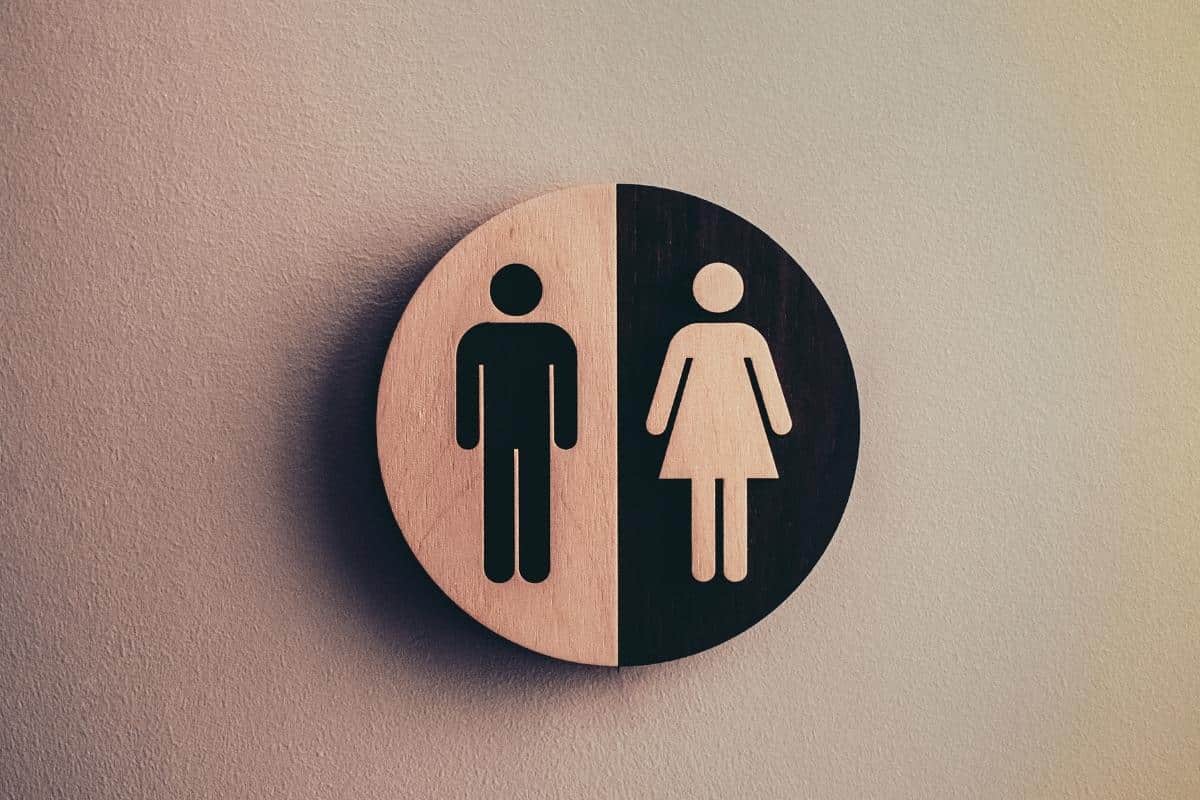 *This post may have affiliate links, which means I may receive commissions if you choose to purchase through my links (at no extra cost to you). As an Amazon associate, I earn from qualifying purchases. Read full disclosure here.
Tweet
Share
Share
Pin
Contents
1 Who Would Inherit Land in the Old Testament?
1.1 How Women Came to Inherit Land
2 Understanding Galatians 3:28 in Light of the Old Testament
3 The Prophetic Nature of OT Inheritance Laws
4 Galatians 3:28 Is Not Abolishing Gender
5 Walking by Faith as Sons

Does Galatians 3:28 abolish gender? This verse is revolutionary, but only in the context of Jewish history and in light of inheritance rights in the Old Testament (OT). In the OT, God dictated via the Mosaic law how land should pass from one generation to the next. God created these laws to not only keep the land within the nation of Israel but to also keep it within the individual tribes. Galatians 3:28-29 uses that common knowledge (at the time) to emphasize the radical nature of the Christian reward in Christ, but it also hints at the prophetic nature of Old Testament scripture. It does not, however, abolish gender.

There is neither Jew nor Greek, there is neither slave nor free, there is no male and female, for you are all one in Christ Jesus. And if you are Christ’s, then you are Abraham’s offspring, heirs according to promise.

Who Would Inherit Land in the Old Testament?

A little history on inheritance traditions and laws in the Old Testament will lay the foundation for understanding Galatians 3:28.

Inheritance laws were ultimately established in the Mosaic law (the law God dictated to Moses). Before that, from what we can contextually gather from the scriptures, there were existing traditions on who would inherit the father’s estate. For example, the disappointment in Isaac when he unwittingly gave the birthright to Jacob instead of Esau suggests that the greater, best portion of the blessing was supposed to be allocated to the oldest son. Later, this tradition was codified in the Mosaic law. See Deteuronomy 21:17.

but he shall acknowledge the firstborn, the son of the unloved, by giving him a double portion of all that he has, for he is the firstfruits of his strength. The right of the firstborn is his.

Numbers 27:8-11 provides even more specificity to the principles of inheritance in the Mosaic law.

These laws clearly were meant to keep the land in-house, meaning the land was to stay within the tribe and also preserve the integrity of the land within Israel. Numbers 36:6-9 required women who inherited land to marry within their tribe and stated the reason why, to avoid transferring the land from one tribe to another.

How Women Came to Inherit Land

Now, while these verses codified the rights of certain women (women who had no brothers) to inherit, the practice does not appear to have been customary. The reason Numbers 27:8-11 and Numbers 36:6-9 were written into the law was because of five brave women who spoke up. Right before Israel entered the promised land, before they had conquered it, the leadership was making decisions on how to distribute the promised land. The daughters of Zelophehad, who had no brothers and whose father had died, found themselves in a situation where they would be left without an inheritance. When they approached Moses, he wisely took it to God as to what he should do and God told him to distribute the inheritance to the five daughters. It was at that point that it became a rule codified into law.

Despite this unique provision given to certain women, typically, however, women would not inherit. The estate would flow from son to son. It was also uncommon, although not impossible, for slaves or gentiles to inherit land in ancient Israel.

Understanding Galatians 3:28 in Light of the Old Testament

It is in light of this history and these inheritance principles common in ancient Israel, that we must understand Galatians 3:28. Note how the immediate context (read verses below) of Galatians 3:28 is also about inheritance, but through the adoption as sons.

28 There is neither Jew nor Greek, there is neither slave nor free, there is no male and female, for you are all one in Christ Jesus. 29 And if you are Christ’s, then you are Abraham’s offspring, heirs according to promise.

1 I mean that the heir, as long as he is a child, is no different from a slave, though he is the owner of everything, 2 but he is under guardians and managers until the date set by his father. 3 In the same way we also, when we were children, were enslaved to the elementary principles of the world. 4 But when the fullness of time had come, God sent forth his Son, born of woman, born under the law, 5 to redeem those who were under the law, so that we might receive adoption as sons. 6 And because you are sons, God has sent the Spirit of his Son into our hearts, crying, “Abba! Father!” 7 So you are no longer a slave, but a son, and if a son, then an heir through God.

In verse 4:6, Paul uses the word “sons,” not “daughters and sons.” Why? Because typically only sons would inherit. He is emphasizing the right of inheritance that we saw in the OT. But in Galatians 3:28, he makes it very clear, however, that those distinctions that existed before Christ (Jew or Greek, slave or free, male or female) are no longer applicable after what Jesus accomplished on the cross. Paul’s obliteration of those distinctions in Galatians 3:28 helps us understand that when he uses “sons” in the rest of the letter he is referring not only to both genders but to all the others typically excluded from the right of inheritance such as gentiles and slaves.

Galatians 3:28-29 does not have the same impact today, especially for those living in the US. Here, anyone can inherit an estate. The decision is based solely on the desire of the estate owner. And if one lacks an inheritance, one can build their own wealth. Back then, however, when the inheritance was tied to economic well-being, those words would have been revolutionary, especially for women, slaves, and Gentiles. In Christ, all can have the status of sons and all can inherit based not on who you are but on who you believe in.

While it was not typical for gentiles, women, and slaves to inherit, it was not impossible. I already mentioned the account of the daughters of Zelophehad whose actions led to a clarification of the laws, allowing them a right of inheritance under certain conditions. These were not the only “exceptions” to what was customary. During the same time period in Biblical history, a Gentile also inherits a portion of the promised land. That Gentile was Caleb.

Caleb is considered one of the heroes of the faith, but few know he was a Gentile. In Numbers 32:12, Joshua 14:6, 14, we learn that Caleb was “the son of Jephunneh the Kenizzite.” Kenizzites were not direct descendants of Abraham. While there is no information in the biblical text as to how Caleb’s father Jephunneh joined Israel, we can assume that he forsook his Gentile traditions and wholeheartedly adopted the God of Israel. At least Caleb certainly did.

Hebron therefore became the inheritance of Caleb the son of Jephunneh the Kenezite unto this day, because that he wholly followed the LORD God of Israel.

Notice the common thread between Caleb and the Daughters of Zelophehad. The reward for both was a direct result of their extraordinary faith. The five sisters made a request of their leadership for an inheritance based on a promise. The land had not been conquered yet, and yet they believed God’s promises to be true. They acted on a promise, not on what was immediately available. That is faith. Caleb’s inheritance was also not based on a law or Judaic tradition, but because “he wholly followed the LORD God of Israel.”

These two examples of inheritance based on faith from five women and one Gentile point to a much greater promise. It is a prophetic shadow of a future inheritance also based on faith. That is the promise we find in Galatians 3:28-29, to become “heirs according to promise.”

Galatians 3:28 Is Not Abolishing Gender

The Bible has to be read in the context of the historical and cultural realities of the time. We cannot superimpose our modern-day ideologies into this ancient text. While scripture can always have modern-day implications, meaning we apply the old to the new, the reverse is not true. We cannot impose the new on the old.

That is an important concept to apply when reading Galatians 3:28. Because of the current discussions on gender fluidity, some might be tempted to assume that Galatians 3:28 can be used to affirm that belief. It cannot. The historical and cultural context of the verse is historical inheritance rights versus inheritance rights under Christ. It is not abolishing gender. To say so would be a perversion of the scriptures by ripping a phrase out of its context.

Walking by Faith as Sons

In Christ, in the inheritance that is to come, we are given the same status as sons. Only in our status before God does our gender become irrelevant as we stand before Him waiting for our inheritance. That is a profound truth. Like the Daughters of Zelophehad, we are heirs according to promise. We walk steadfast in faith, walking as if the “promised land” is already a reality. And it is in that promise that we can endure the hardships of this life as both Caleb and the five sisters endured the hardships of the conquest. But rest assured, the land is ours.

Ephesians 2:10 May Not Be What You Think

The Meaning of Gird Up Your Loins in Proverbs 31:17

Suffering in the Bible: Should Christians Suffer?

Uriah the Hittite: A Faithful Warrior

Is Maranatha Part of Your Christian Vocabulary?