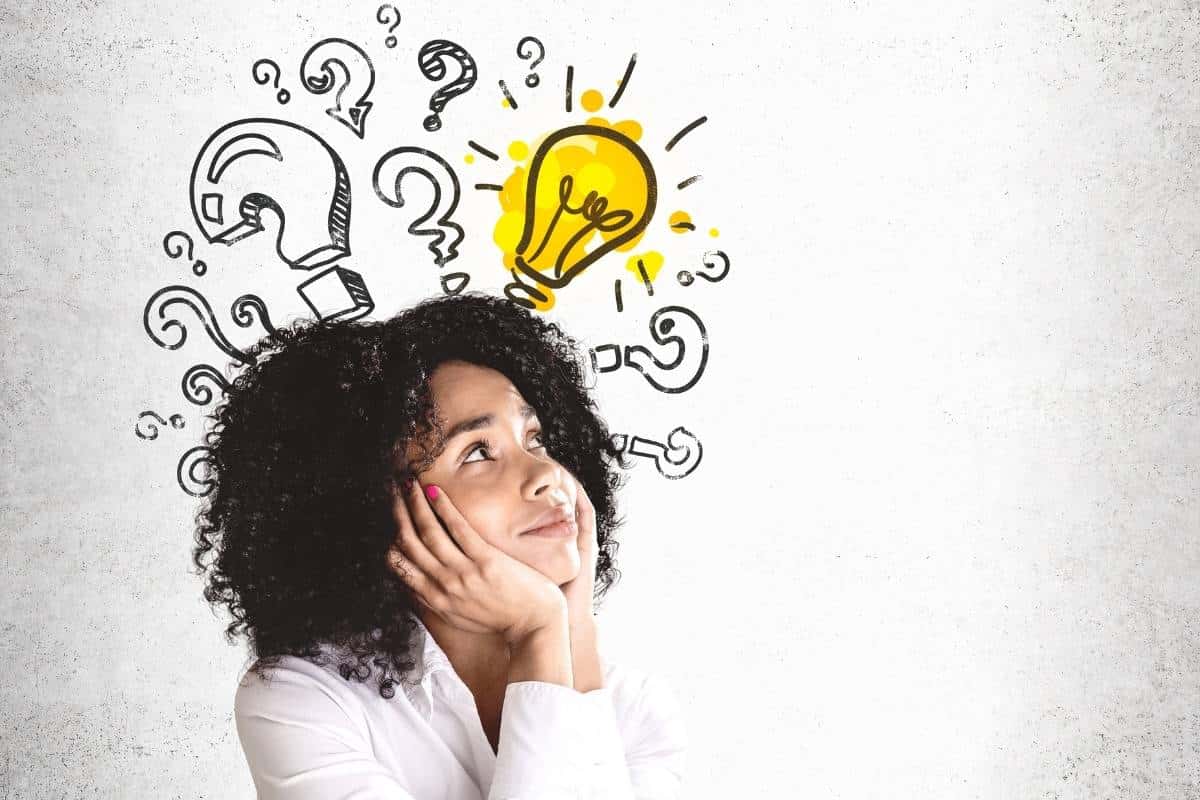 *This post may have affiliate links, which means I may receive commissions if you choose to purchase through my links (at no extra cost to you). As an Amazon associate, I earn from qualifying purchases. Read full disclosure here.
Tweet
Share
Share
Pin
Contents
1 Being a Woman Is NOT About…..
1.1 … having long hair.
1.2 …wearing make-up.
1.3 …watching Hallmark movies on a Friday night.
1.4 …having babies.
1.5 …having big breasts or having breasts at all.
1.6 …acting feminine.
1.7 … liking shopping.
1.8 …liking the color pink.
1.9 …being attracted to the opposite sex.
2 Other Things That Does NOT Determine Your Womanhood.
3 How to Be a Woman.
4 How to be a Godly Woman?
4.1 Know Jesus
4.2 Discover the Diversity of Women in the Bible
4.3 Explore Biblical Womanhood

When I was a teen, I wrestled with the idea of how to be a woman. I was uncomfortable in my own body and I lived deep in the throngs of depression. I also knew I didn’t like doing the things other girls did. In the fifth grade, I tried out for cheerleading because that is what all the girls did (and my mom was the coach). I hated it. I remember thinking about how all I wanted to do was actually play basketball, not stand on the sidelines cheering the boys on. I was different and I really did not have the guts to tell my very feminine mom.

I am now in my forties and comfortable with who I am and who I have become. I have learned an awful lot about womanhood and I wanted to share those lessons with you.

Being a Woman Is NOT About…..

Having long hair does not make or break you as a woman. I’ve been through stages in my life where my hair was really short and others when it was long. I was as much a woman in one phase as I was in the other.

Because if it did, I have failed at the whole woman thing. I do wear makeup every once in a blue moon. I am not particularly against it, but I am too lazy to do that every day. Never mind adding lashes or painting my nails. That just seems exhausting to me. And yet, I am still a woman.

I could not find a more boring thing to do on a Friday night. Give me a good war movie any day. I don’t make the best movie partner for my girlfriends, but my husband sure feels like he won the jackpot. He doesn’t have to sit through Hallmark movies either.

Not being able to have children or choosing to not have children does not remove you from the woman category. I do have kids, but there are many amazing women in my life without them. And they are still 100 percent women.

…having big breasts or having breasts at all.

There are many women who have had to have their breasts surgically removed for medical reasons. They are still women. And breasts come in all shapes and sizes. Their size does not define womanhood.

I have known plenty of women who are not stereotypically femine at all. They “act” more like stereotypical men than women. I have been friends with many of them and and yet they are still part of our sisterhood.

I have moments when I like to peruse and take my time at the store. However, most days I just want to get what I need and get out as quickly as I can. Accompanying a female friend who loves to shop is my idea of torture. I may not particularly like shopping, but I am still a woman.

If you noticed, blue is the primary color of my website. That is because blue is my favorite color. I hate pink. Could there really be an uglier color (in my humble opinion)?

…being attracted to the opposite sex.

I went through a period of time where I hated men, but liked them at the same time. The feelings were very conflicting. I later learned that the root cause of those feelings was the abuse I endured at the hands of men and the objectifying that I experienced after that. And I have come across other women who never developed an attraction for men at all for the very same reason. And yet, I am still a woman and so are they.

Other Things That Does NOT Determine Your Womanhood.

What if you hated playing with dolls? You are still a woman.

What if you love playing sports? You are still a woman

What if you hate dresses? You are still a woman

What if you don’t like hanging out with other girls? You are still a woman.

What if you hate your body? You are still a woman.

How to Be a Woman.

What I have learned is that to be a “real” woman I just have to be. A woman is a biological reality determined by an all-powerful God who loves me. If a person produces eggs, then they are a woman. That is it, that is the determining factor. The things that I like or dislike or the feelings I have or don’t have, have little bearing on my gender.

God is a God of diversity. Just as he designed genes and DNA to produce people who all look different, he made women who have all kinds of interests, personalities, feelings, likes, and dislikes. And part of growing into womanhood is shedding that awkward stage and feeling unsure in your own body to embracing the woman that God made you to be.

So honey, if you feel like you are not the typical girl, that is okay. I am not the typical girl either. I never was. I hated my body and cut myself because of it and by God’s grace I was able to get through those difficult years. But I am still a girl and now I am able to embrace who God made me to be, with all my quirks and insecurities. And if you are a young man reading this, just because you may not like the things other boys do, that does not make you a girl either. It just makes you, you. But you are still a boy.

A very simple, but powerful truth trumps gender in determining your worth. You were created in the image of God. So whether you are a female or a male, you bear the image of an all-powerful God. And if you don’t know what that means, I invite you to read my article, “Created in His Image: Defining Truth for Women.“

So God created man in his own image, in the image of God he created him; male and female he created them.

Bottom line. A woman just is. Celebrate it!

How to be a Godly Woman?

I believe there is a more important question to ask. How can I be a more godly woman? Here are some resources that help you explore that question and also further explore your purpose and worth.

The other important truth in defining our worth is centered on the person of Jesus. I invite you to read the following:

“Who is Jesus? A Broken Woman’s Response”

Discover the Diversity of Women in the Bible

The examples of women we have in the Bible are varied. Not all women were the same. Yes, there is Queen Esther and Sarah who fit more stereotypical norms. But there is also Jael, who assassinated a General. And the wise woman of Abel, who confronted a general and saved her city. Learn more about these women and more in my series, “Women in the Bible: Untold Stories of Old Testament Heroes.”

Finally, I encourage you to explore biblical womanhood in my series, “Unpacking Biblical Womanhood.”

What Is the Meaning of Rainbow in the Bible?