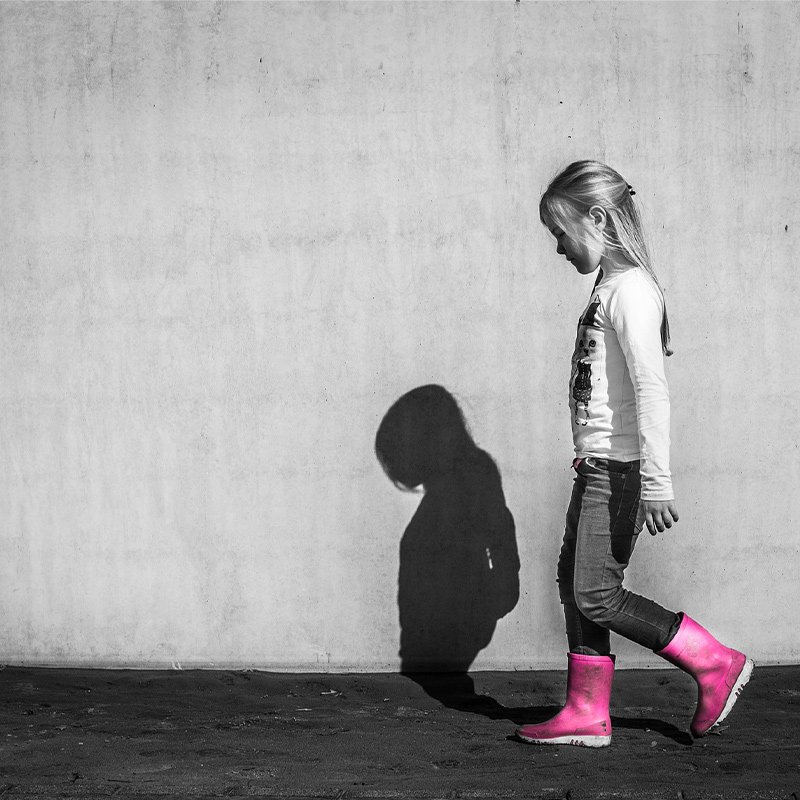 Do you want to remove the power of a sexual predator? You need to hijack their authority. The only way to do that is by teaching our children godly disobedience. Teaching kids to respect authority and obey their elders is a hallmark of Christian parenting. But if you want to protect your children from sexual predators, you also need to teach them when it is okay to just say, “no.”

Don’t Miss Out on the Rest of the Series!

The Power of the Sexual Predator

In “How to Protect Children From Sexual Predators,” I detailed how most predators are people that our kids know. They are teachers, counselors, nurses, doctors, family members, close friends, or babysitters. They are people of authority in the eyes of a child. Predators use that authority to control, manage, and keep a child quiet so they can continue doing what they are doing. Their power lies in their position of authority.

An obedient child is the pride and joy of most parents. They sit nicely at church, clean their rooms when they are told, do their homework, they go to bed on time. They give parents less heartache. But if a sexual predator tells our children to keep a secret, we want them, with every part of our being, to disobey.

It is hard for a child to disobey an authority, even an immoral one, when they have been trained to follow and respect them. It is hard for adults as well. When people follow immoral authorities blindly, things like the Holocaust happen. Educated, well-meaning people have fallen into those traps because we all have been trained to follow and trust positions of authority. It becomes difficult to swim against the current. If it is hard for an adult, imagine how hard it is for a child?

So when a predator corners a child, in a way, we have trained them to follow a predators lead, even if it makes them feel uncomfortable. This is how a predator is able to use their authority over the child to their advantage. It is their primary source of power against their victims.

It is possible to teach kids to disobey in certain situations all the while teaching them to be obedient and respectful of authorities. To do that, we need to understand the Biblical basis for it.

There are situations and circumstances in the Bible where disobedience is allowed and even praised by God. One of the best examples is when the midwives Shiphrah and Puah refused a direct order from Pharaoh, refusing to kill the Israeli male newborns. (You can read about it in Shiphrah and Puah: Two Women Who Defied a Pharaoh) Even though it was an act of disobedience against a government authority, God rewarded their actions.

God’s authority is never questioned. Biblically, however, it is okay to disobey a human authority when it is a direct affront to God. Daniel was a man that was submissive to various pagan kings, but his disobedience landed him in the lion’s den. He prayed to God instead of the Persian King. Daniel, in every way, submitted himself to the Persian king until the law forbade him from worshiping God (See Daniel 6).

Teaching a child to respect authority and yet be able to disobey in the appropriate circumstances must be rooted in the gospel. God sets the standard and we can disobey when God’s standard is broken.

How to Teach Kids Godly Disobedience

Teaching kids to disobey immoral authorities requires an intentional approach and some element of practice. It will help them learn to differentiate between when it right to disobey and when it is wrong.

The first step is teaching children the biblical standard and introduce the concept of appropriate disobedience. Rooted in the concept is that Jesus is the ultimate authority and He is the one that sets the standard. We teach them to obey authorities until someone tells them to do something that goes against that standard—like someone inappropriately touching their bodies.

Teaching kids to disobey immoral authorities requires an intentional approach and some element of practice so they can learn to differentiate between when it right to disobey and when it is wrong. Click To Tweet

For this method to be successful, we must first train children to know what is right in God’s eyes and what is wrong. They need to be raised with a strong moral standard of appropriate behavior and expectations as directed by God. Only when they are well-versed in God’s standard, will they be able to recognize an immoral authority. Once they learn to recognize an immoral authority, we can teach them the concept of godly disobedience.

All of this can be accomplished by weaving Bible stories like Daniel’s and the two midwives who defied Pharaoh into the conversation. Or we can bring them to the account where Jesus tells us how he feels about adults that want to entice children to sin (Please read my first blog on the subject, “Four Biblical Truths to Empower Children Against Sexual Predators” for more information).

Teaching Kids That Their Voices Matter

One of the obstacles to children learning godly disobedience is the belief that their voices do not matter. Stressing that their voice does indeed matter is another important weapon that a child can have in his or her arsenal against a predator. The courage and ability to say, “No” or “Do not touch me,” when something feels weird or out of place can stop a predator in his or her tracks.

This was true in my own personal experience as a sexual abuse victim. From the moment my abuser locked the door, I knew something was wrong. If I had yelled for help someone probably would have heard me. However, it never even occurred to me to do so. I know he would have thought twice about it if I had said the simple words, “Don’t touch me.” It would have caught him off guard and made him feel like it was not worth the trouble. After all, in my case, he was a confused, lonely teenager. (You can read my full story in, “Breaking Free: The Evolution of a Sexually Abused Child.”)

Having been an extremely shy child myself, I can tell you that it is not as simple as telling a child to just say, “No.” It takes work to get a shy child to learn to advocate for themselves.

My youngest was incredibly shy for the longest time. I worked hard to help her understand that her voice matters, even in the presence of adults. I would use simple situations like asking her to order her own food at restaurants or asking for help at the Target store while I stood close by. Practice and reeinforcing the idea that her voice mattered helped her get over that hump.

And I continue to encourage both my daughters to self-advocate. Creating the culture that their voice matters, even in the presence of adults, can help give them the courage to speak up when they need to.

As with anything we want our children to learn, we must reinforce these ideas regularly. Children learn from repetition. It doesn’t always have to be formal lessons. For example, if your child is learning about Daniel in the lion’s den at Sunday school, it is a good opportunity to talk about when it is okay to disobey an authority figure and when it is not okay.

You don’t always have to bring up the idea of sexual predators (although I believe that conversation does need to happen a few times each year). In general, though, help them become comfortable with the idea that sometimes they will have to swim against the grain–and that is okay.

Sign up for my newsletter if you want to be notified when the final installment of “Protecting Children from Sexual Predators” is released.

Signup for updates on new articles and resources!

Don’t Miss Out on the Rest of the Series!

And as always, I am interested in your thoughts. Leave your comments below!

Pro-Lifers, Are You Pushing Women Away From the Gospel?

Because Girls are Warriors Too!