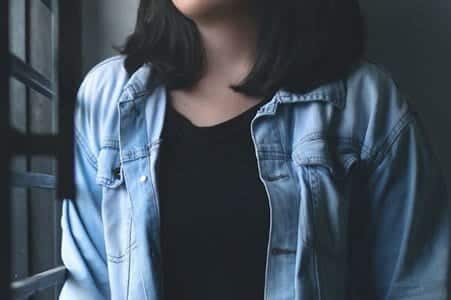 Tweet
Share
Share
Pin
Contents
1 “I Hate My Body,” is More Normal Than You Think
2 The Truth About My Body Nobody Told Me
3 What It Means to Be a Girl Created in His Image
4 “I Hate My Body” Became a Thing of the Past
5 Getting Help When You Hate Your Body

I remember how much I hated myself when I was 13 years old. I looked in the mirror and screamed, “I hate my body.” I didn’t like what I saw. My body felt awkward and things just didn’t feel right. I had a sister who didn’t seem to have that problem. Everything she did always seemed so graceful and people constantly complimented her…on how pretty she was, how thin she was, how perfect she was.

Thirteen was a wretched year.

When I lost weight, I did begin to get attention from boys, but more disgustingly, men. Older gross men would whistle and make inappropriate comments about my body. And that really made my skin crawl. It would bring me back to the moments when I was sexually abused as a kid. So something else happened, I started to hate being a girl. I wanted to feel pretty but hated how objectified I felt. I hated that the attention was focused on how “pretty” or “ugly” my body was. Not on who I was, not on my mind or my soul. It was clear, girls were only loved for their bodies– or at least that is how I perceived it.

“I Hate My Body,” is More Normal Than You Think

The teen years are a strange time for our bodies. We are going through puberty. Our bodies are changing. Our hormones are out of control. Even our brains are not fully developed. There is so much change going on that it is hard for our bodies, our brains, and our emotions to process it all. If you add to that an unstable home (like mine was), it can be a recipe for disaster. And if you add to that sexual abuse, which I also endured, living in your own body becomes a nightmare.

How did I cope with the storm? At first, not very well. I contemplated suicide. I would cut myself repeatedly with surgical scalpels we had lying around the house (my dad used to work in a hospital). I listened to music–heavy metal music. And I rebelled against the traditional view of what it meant to be a girl. I dressed more like a boy and I would scoff at anybody who told me that I needed to learn how to cook, keep house, wear makeup, or put on a dress. If my body was not going to cooperate and if people were only interested in what I looked like on the outside–then I wanted nothing to do with what it meant to be a girl.

I felt so alone but what I didn’t know then, is that I was not alone. Many girls my age felt the same way. Only later, much later when I was finally an adult counseling many women did I find out just how common this is. So if you are feeling the way I did, know that even girls who seem to have it all together feel uncomfortable in their own skin.

The Truth About My Body Nobody Told Me

I learned an earth-shattering truth only a few years ago that has changed my whole perspective not only of my body but on who I am as a girl and a woman.

I was created in the image of God.

In the Bible, in Genesis 1:27 it says, “So God created man in his own image, in the image of God he created him; male and female he created them.”

God created both men AND women in his image. Somehow our bodies have the imprint of God no matter what they look like. So they have intrinsic, infinite value. You wouldn’t take a Picasso or a Michelangelo and just throw it out. How much greater is the masterpiece created by an infinite, all-powerful God?

Our bodies (and even our minds) may be corrupted because we live in a fallen world. Body parts may not work right. Our brains may not work right either. We may be like a Picasso with a few or many mud stains splattered across the front of a masterpiece- but that does not take away our intrinsic value given to us by our Creator.

Others may not appreciate our beauty, our value, and may even want to abuse it, but that doesn’t and it cannot take away our worth, the image of the Creator woven into every part of our being.

It also means that our bodies are sacred. When my abuser did what he did, he didn’t just attack me, he attacked the image of God. His actions were an affront to God and knowing that gave me peace. It reminded me that in the pain and in the abuse, I was not alone.

What It Means to Be a Girl Created in His Image

What does that mean for girls? God created people to be either male or female. So if someone asks me, “What makes you a girl?” the answer is simple. God made me a girl. The fact that he made me that way is what defines my femininity. It is not whether I wear make-up or not, or wear dresses or not. I don’t need to feel a particular way to be a girl. I just am. I have the feminine form (and by feminine form I mean feminine body parts) and so I am a girl and I can rejoice that I am a girl created in God’s image.

I like action and war movies. I hate the Hallmark channel. I don’t have long nails and I rarely paint them. I wear make-up on occasion, but mostly like to be all-natural. I love playing sports. I do like dressing up every once in a while but I mostly love my sweatpants and t-shirts.

I often feel more comfortable around men than I do around women (they just seem to pick more interesting topics to talk about in my opinion). I don’t cry as easily as other girls and often have been accused of lacking emotion. But at the end of the day, I am still as much a girl like any other woman. Why? Because God says that I am.

“I Hate My Body” Became a Thing of the Past

I am not going to lie and say that I never struggle with the way my body looks. I am 44 years old and the wrinkles are starting to show! I struggle! But I do no longer have a disdain for my body and much less for being a girl.

How was I able to overcome it?

Time. Those awful teen years came and went. My hormones and emotions settled and my brain finished developing. So if you are a teenager going through this, give yourself time. I will guarantee that however you feel now, you will feel a lot different in a few years as you biologically and physically finish developing.

Truth. Knowing the simple truth of being created in God’s image was a game-changer for me. Seep in that truth. Meditate on it. And begin to love your body, not because you have to make it into anything–but because it is an expression of a God who loves you.

Rest. I rested in God. I rested in letting Him mold me into who He wanted me to be. I no longer had to worry about pleasing people, just pleasing Him. I didn’t have to worry about finding my identity or my true self—because my true self was interlinked with Him. Letting Him mold me is becoming who I truly was meant to be. He is my Creator after all.

Inner Healing. Finally, I began to emotionally heal from scars, deep scars. The self-loathing was just a symptom of much deeper emotional issues rooted in sexual abuse, absent parents, rejection, and all the other elements that come from being raised in a broken home. I needed to tackle those scars before I could develop self-love. So if you have trauma in your past, know there is hope and you can heal from it. My journey to healing began with one simple word, Jesus.

Getting Help When You Hate Your Body

If you can relate to anything I said, and don’t have anyone to talk to or help you walk through this feel free to contact me. You can also call this hotline sponsored by Focus on the Family and ask for their counseling department: 1-800-A-Family. You do not have to walk through this alone, because you are not alone.

How To Protect Children From Sexual Predators