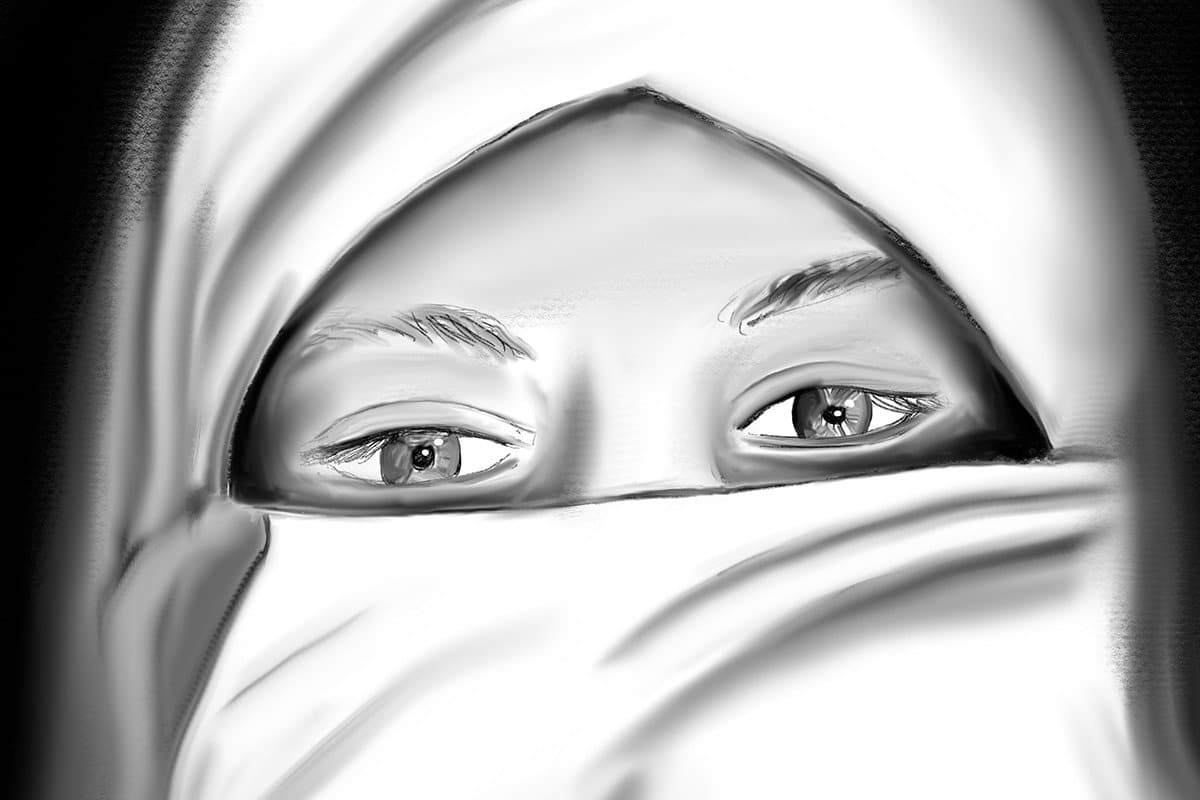 *This post may have affiliate links, which means I may receive commissions if you choose to purchase through my links (at no extra cost to you). As an Amazon associate, I earn from qualifying purchases. Read full disclosure here.
Tweet
Share
Share
Pin
Contents
1 Despite Persecution, Women Are Thriving in the Underground Church in Iran
2 What Leadership Looks Like in the Underground Church
3 With No Formal Training, How Are These Women Being So Effective?
3.1 Obedience to the Holy Spirit
3.2 Persistent Prayer
3.3 Meekness and Submission
4 Why is God Choosing Women and Outcasts for This Important Work?
5 Sheep Among Wolves

For the last few years, Iran’s underground church has been the fastest-growing Christian church in the world. What has been the secret to its success? It isn’t loud worship concerts, pastors with seminary degrees, or well-planned events. It does not look like Western churches at all. On the contrary, it is being led by those who the Western church would deem as too inexperienced or too theologically uneducated. This underground church is being led by Iran’s outcasts and downtrodden and most of them are women. So be inspired by the faith and courage of these heroes “leading one of the most powerful resistance movements on earth.”

Despite Persecution, Women Are Thriving in the Underground Church in Iran

Iran is not kind to women. In fact, it is one of the most oppressive places on earth for females. Women are regarded as subhuman by many in their culture and are often subjected to cruel treatment. It is not uncommon to hear stories of girls married off to men that proceed to beat and rape them; women who are unable to divorce their abusive husbands; girls who are beaten by their dads for being raped; women forced into prostitution. It is one tragic story after the other.

So if a culture perpetuated by a cruel regime can be so savage towards a person just because they happen to be the “wrong” sex, imagine the consequences awaiting women caught evangelizing the Christian message? The punishment for proselytizing a Muslim in Iran is prison or execution. For women, rape will most assuredly precede the death penalty. The stakes are high, and yet, these are the very same women that have willingly subjected themselves to the risks of spreading the gospel message. And they make up more than half of the church leadership.

Per the video below, 55% of the leadership within the Iranian underground church is comprised of women. That is a staggering number when you compare it to Western Churches. Think about the men-to-women ratio in the leadership of your own local church. The difference is stark and yet the Iranian church is considered one of the fastest-growing churches in the world.

Lest we think that the Christian women in Iran are leading the kids’ or women’s ministry within their churches, I want to expand on the nature of church leadership in Iran.

The Iranian Church looks nothing like the Western Church. They don’t have large buildings where they gather nor do they have sub-ministries within their churches (men’s ministry, women’s ministry, kids ministry). It is an underground church; church happens in people’s homes. The primary movers within this kind of church are individuals (and obviously the Holy Spirit). The church’s primary focus is making disciples and each person within the church bears that responsibility willingly.

House churches are popping up all over Iran with no real central leadership; rather, the system is decentralized. It is the result of one person inviting someone into their home and sharing the gospel. That person then proceeds to do the same. When the house church gets too big, a new house church is born. Leaders are created out of “necessity.”

Women have therefore stepped up to meet the needs of their growing house churches and make new disciples. Even the male leadership represents the outcasts of society: former hackers, drug runners, traffickers, etc. Imagine your current church hiring a man as the lead pastor that only last month was trafficking weapons. It is unheard of in the West, but in the underground church, it is the Holy Spirit who chooses. Without a very hierarchical central leadership to hinder the work, people that would otherwise be rejected from leadership in Western churches are bearing fruit.

There are no required seminary degrees, no internships, and years of waiting before a church member can formally apply for a church leadership position. The result is that women are not only overseeing hundreds of house churches, but they are also leading a movement!

With No Formal Training, How Are These Women Being So Effective?

The answer is very simple, obedience to the leading of the Holy Spirit, prayer, and meekness.

Obedience to the Holy Spirit

Both men and women within the Christian Church in Iran are relying on the direction of the Holy Spirit for their every move. Who do I share the gospel with? What do I say? What part of my testimony will impact this person? And when the Holy Spirit gives them a response, they obey. In the US we may be hesitant to share the gospel because of fear of rejection. Our egos may be bruised, but generally, we are not afraid of being thrown in prison. When Iranian believers obey the Holy Spirit, they do so knowing full well the repercussions if they get it “wrong.”

What inspires such obedience? It is love for the King who first loved them and therefore they have submitted themselves solely to Him. There is no feminist agenda and many would be surprised to know that they are not seeking to increase women’s rights. They are not motivated by anger at the injustices they see all around them. Their motivation is much simpler — they love their King. But because of their obedience, despite the persecution and oppression, He has exalted them and given them the strength, courage, and leadership abilities to be such powerhouses within Iran.

Because of their obedience despite the persecution and oppression, He has exalted them and given them the strength, and courage, and leadership abilities to be such powerhouses within Iran. Click To Tweet

Prayer is central to the life of Iranian Christians and they don’t move without it. They spend hours seeking the Holy Spirit’s guidance every day. Their life literally depends on it because the consequences of them getting it wrong can be so high so they embody I Thessalonians 5:17, “pray without ceasing.” And it is through that constant prayer that they can hear the Holy Spirit’s voice.

The women of the underground church in Iran move in meekness and submission. They obviously submit to the Holy Spirit, but they also submit to their husbands willingly and to their leaders as well. That will probably shock many considering their leadership positions, but we know from the Bible that meekness and submission are at the heart of what it means to be a Christian. They need not bully their way in, God exalts them in due time. In doing so, they are as wise as serpents and as gentle as doves.

And it is also wonderful to see how the Christian men are also meek and submissive. They are not preventing the women from coming to the full measure of their calling. They trust that the Holy Spirit is speaking to them too.

What a wonderful lesson for us in the American church. We need to continue in a spirit of meekness and submission but move forward in faith letting the Holy Spirit open the doors. We are to be gentle with all people, remembering who the true Enemy is.

Why is God Choosing Women and Outcasts for This Important Work?

God has chosen the broken, the downtrodden, and the least qualified (by Western standards) so that He can be glorified. A person that has been so rejected, abused, and neglected their entire life is in such desperate need of Jesus. Women, by the mere fact that they are women, are the most abused within the culture. When the laws and the culture are so against them, understanding the great love that Jesus has for them leads them to depend solely on Him. And when He has been the only one to show them love and grace, will they then deny Him the command to spread the Gospel?

It is a sobering lesson for us in American churches, but it is also encouraging for us women, especially those of us that may feel downtrodden and inadequate. Although our walk may look different than the women in Iran, I want women to remember one thing. God does not need you to be “qualified” to do His work. He just needs you to be willing, regardless of the consequences. Make that first step, and He will meet you there. Give yourself over to prayer and be open to where He takes you. Remember, he already sees you as a warrior, because he made you for that purpose.

I want women to remember one thing. God does not need you to be "qualified" to do His work. He just needs you to be willing, regardless of the consequences. Click To Tweet

I encourage you to watch the following film about the underground church in Iran. It is inspiring and encouraging, but it is also convicting. The testimonies that you will hear in this video are a reminder that God is still very much alive and doing great things. And I plead that you continue to pray for the church in Iran and the underground churches across the globe.

Sheep Among Wolves, Produced by FaiMission.org.

I also recommend the book, Visions and Dreams, Is Jesus Awakening the Muslim World?, for great testimonies of what Jesus is doing in the Middle East.

Other articles that may interest you of female leadership in the Bible and the Church:

Jarena Lee: A Life of Courage

Wise as Serpents: Innocent as Doves

Foster A Heart of Gratitude, Even for Laundry

How Child-Like Faith Can Activate Miracles

My Husband Doesn’t Understand Me and Why That is OK