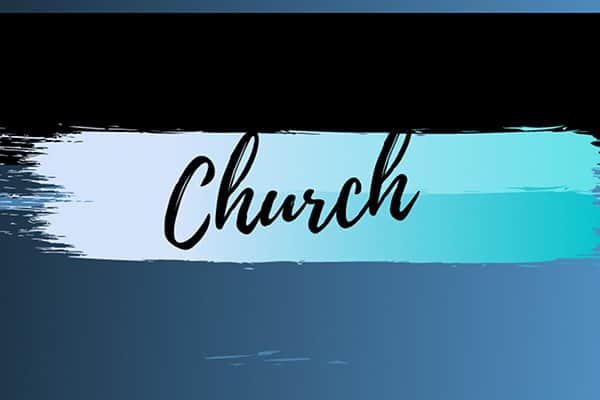 *This post may have affiliate links, which means I may receive commissions if you choose to purchase through my links (at no extra cost to you). As an Amazon associate, I earn from qualifying purchases. Read full disclosure here.
Tweet
Share
Share
Pin
Contents
1 Sexual Perversion is Common in the Church, Even Among “Good” People
2 Responsibility Lies with The One That Holds the Authority
3 What Can We Do?
4 How Should We View Ravi Zacharias?
5 What About the Women?

This story about Ravi Zacharias has shocked the Christian community because he was well-loved and respected–but honestly, it does not surprise me. Having thoroughly researched this topic, advocated for abused women, been a victim of sexual abuse, and battled with my own sexual sin–I know how easily sexual perversion can seep into the church. Little surprises me, but what I do believe we take away some very important lessons from this ordeal.

If you would like to see the full report from RZIM on Ravi Zacharia’s sexual criminal behavior, read it here.

Sexual Perversion is Common in the Church, Even Among “Good” People

Feel free to read my full article on pornography in the church.

I don’t have statistics on the percent of pastors and church leaders that engage in criminal sexual behavior, but I certainly have heard enough testimonies to know it is probably more than we think. One would be foolish to believe that this was a problem solely found in the Catholic church. Coming to grips with how common it is will help us come up with better solutions.

Responsibility Lies with The One That Holds the Authority

In many testimonies I have heard of women who suffered abuse in the church, the common response from the church was to believe the abuser (usually a church leader) over the victim. Worse, church members blamed the victim saying things like, “she enticed the abuser,” “she dressed indecently,” or “she seduced him.”

With this in mind, I like to remind Christians of the story of David and Bathsheba. Bathsheba, historically, has been blamed for David’s downfall. Some of the commentaries I have read on this account are disturbing, to say the least. Bathsheba must have lured him. She was seductively washing. I could go on and on. But what does the Bible say? It not once says that Bathsheba did anything wrong. On the other hand, God holds David responsible and Nathan is sent to correct David, not to Bathsheba.

There is also the story of Tamar, who intentionally, but out of desperation, tricks Judah into sleeping with her. Did God blame her? No. He seems to have rewarded her by including her in Jesus’ lineage. The Biblical text, however, does imply that the one to hold responsible was Judah for failing to provide for Tamar and therefore putting her in a vulnerable position.

That is an important lesson to take away as we think about abuse scenarios in the church. The responsibility lies among the ones that hold the most authority.

What Can We Do?

The worst thing we can do is hide under a rock and pretend it doesn’t happen–or pretend the Ravi Zacharias story never happened. Instead, we need to openly talk about this, all of it. It is best to be openly verbal and realistic of common sins in the church, identify church culture that would lend itself to this type of activity, hold our leaders accountable, groom our boys and girls to identify what abuse is and what it looks like, and not dismiss the voices of the women.

Relevant Article: How To Protect Children From Sexual Predators

I do commend RZIM for allowing an independent law firm to investigate the allegations against Ravi Zacharias and being transparent in its findings. And I commend them for being honest and transparent in their error of at first failing to believe the initial allegations. RZIM has also acknowledged the victims, apologized, and will proceed to identify areas where they need to improve. We can all learn a lot from reading the full report and the actions they have taken since the findings were released.

How Should We View Ravi Zacharias?

Do I hate Ravi Zacharias? Actually, I don’t, but I also don’t hate the man who sexually abused me either. It was a long process of Jesus working in my heart to get to the point where I could feel compassion for my abuser and his depraved soul. Lord, knows I am a depraved soul too. That being said, if Ravi was alive, it would be biblically right and appropriate for him to face the criminal consequences of his actions.

Because I am where I am in my healing, I can still listen to Ravi Zacharias talks and debates and take the good out of it. Not everyone can do that, and that is okay. But if you choose to, that is okay too. The Bible is full of ugly stories and of people that did horrible things. David committed adultery and murder. Abraham tried to pawn his wife off to Pharaoh because he was afraid. Paul killed Christians. Bottom line, even bad people can do good things. If you can take the good out of Ravi Zacharias’ lessons, do so. If you can’t, don’t. There are plenty of other teachers out there.

What About the Women?

Even though I can be compassionate towards Ravi Zacharias, I do know that I can’t force (and neither can you), a woman that has endured such trauma to forgive. And you can’t force a woman, who hears stories like this, to be kind to men like Ravi Zacharias. Until you have endured something like this, you have no idea what it does to your soul.

I grieve for these women, I have felt their pain and anger. Throwing Bible verses at them becomes meaningless — well, until the Holy Spirit starts working in them. Only the miraculous power of Jesus can bring them to that kind of healing. While we wait, we must listen to their stories, sit quietly by their side, acknowledge their pain, endure their anger, and be there when they need us most.

Other Articles Preventing on Sexual Abuse

How to Protect Children from Sexual Predators

How to Teach Kids Godly Disobedience

The Evolution of a Sexually Abused Child

Is Abuse Grounds for Divorce in the Bible?

Serving the Gray: How a Small Church Can Make a Difference