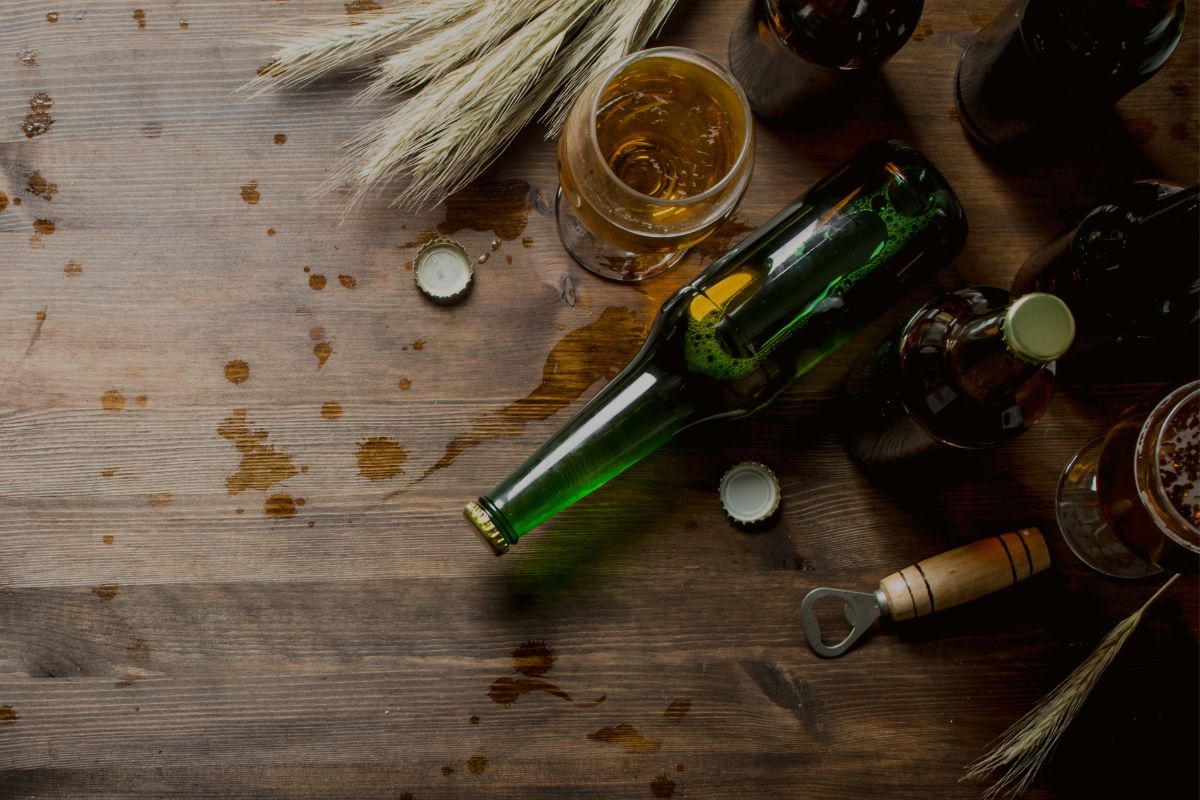 *This post may have affiliate links, which means I may receive commissions if you choose to purchase through my links (at no extra cost to you). As an Amazon associate, I earn from qualifying purchases. Read full disclosure here.
Tweet
Share
Share
Pin
Contents
1 The Alcoholic I Grew Up With
2 A Miraculous Encounter
3 A Man Transformed in Christ
4 A Servant’s Heart
5 If this article was an encouragement to you, please be so kind to share!

My stepdad is one of the most inspirational people I know because of his unshakeable faith. During the most difficult moments of my adulthood, he has been a fountain of wisdom and encouragement. I feel truly blessed to be able to call this man my dad who is not only loved by me, but by the hundreds if not thousands of people who he has helped. But that is not the man I grew up with. My relationship with him as a child was complicated and at times very hurtful. Back then, I would have never imagined that my stepdad would become the man he is today. But back then, I didn’t understand that my dad could be a man transformed in Christ.

The Alcoholic I Grew Up With

As a child, my dad was a man that I feared.  I loved him, but it was love that needed distance. He was an alcoholic and later I would learn, also a drug user. That made his behavior erratic and towards the latter part of my childhood, violent. His love for me was obvious and he never physically hurt me, in many ways I was utterly spoiled by him. But I witnessed the verbal and physical abuse towards my mom and the unfair treatment towards my brother. My dad was very hard on him, often making him work long intensive hours while my sisters and I could do whatever we pleased. It took years for my brother to begin to heal from the wounds my dad had created. Despite how good he was to me, that made me really dislike him. I got tired of it and I remember asking my mom for us to leave him. She refused.

Many years later, when I was already in college, my dad had a supernatural encounter that changed him forever. He barged into the house in a drunken stupor. My mother and little brother dragged him to my little brother’s room where he quickly fell asleep. In the middle of the night, he was awakened by an incredibly bright light. Nothing was said, but at that moment, my dad says he felt complete fulfillment and experienced a love had never had before. It was a feeling he could not fully explain, but he knew it was God. The next morning, he took the whole family to church, and a few days later he gave his life to Jesus. He has not drunk a sip of alcohol (or touched drugs) since then.

A Man Transformed in Christ

Today, he is the head pastor of New Vision Community Church in Laredo, TX and very different from the man I grew up with. His mannerisms are the same. He still has that look when he is upset, but I no longer fear him. He is definitely not perfect, but who he is in Christ inspires me. He loves people and is incredibly kind. He leads by serving and giving of himself and he has been such a source of encouragement to my mom and my siblings and me.

One of my dad’s roles within his church, other than the sermons he does weekly, is to counsel individuals one on one.  But my dad has been more than just someone that provides great advice to troubled people. He has been instrumental in helping the brokenhearted heal from their deep-seated wounds. For example, he has helped alcoholics stop drinking. He has helped drug users overcome their addictions. He has helped men and women that were sexually abused heal from their pain.  Ultimately it is God that works through my dad to heal them, but my dad has answered the call in a way few have been able to.

And these individuals are not just the members of his congregation. I think most of them are people that he meets throughout the course of his day. The delivery guy or the manager of a business he frequents. These are people that were not seeking help. They were just going around their everyday routine never suspecting that today they would meet someone that would show them how God would finally heal their wounds. Grown men have broken down in sobs after just a long bear hug from my dad.

My dad’s faith is unwavering and I have called him in the middle of the night when fear has gripped me because of stress, anxiety, or illness. I have found his unwavering faith and many prayers to be such an anchor in my life. He loves God and he is bold enough to approach perfect strangers in an attempt to not just give them hope, but tangibly make something special happen to them that day.  And for that, I am proud of this man transformed in Christ and thankful that he is my dad.

Other stories on the power of Jesus to transform:

Who is Jesus? A Broken Woman’s Response

If this article was an encouragement to you, please be so kind to share!

To the Girl Who Hates Her Mom

Why the Culture of Victimhood is UnBiblical

Foster A Heart of Gratitude, Even for Laundry