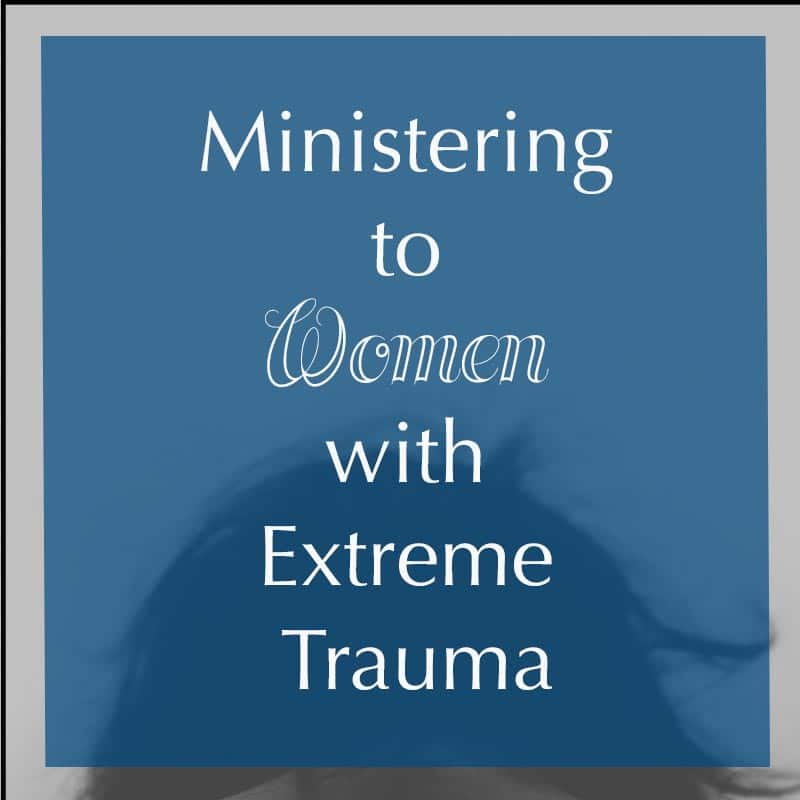 *This post may have affiliate links, which means I may receive commissions if you choose to purchase through my links (at no extra cost to you). As an Amazon associate, I earn from qualifying purchases. Read full disclosure here.
Tweet
Share
Share
Pin
Contents
1 Extreme Suffering is Part of a Fallen World
2 The Retreat Allotted Time for Healing
2.1 A Time to Walk Along Side Their Pain
3 From Victims to Victors, The Process of Overcoming Extreme Suffering
3.1 Confession is a Prerequisite to Healing
3.2 Time to Listen to Their Stories and Minister to Them
3.3 The Need for Persistent Prayer
3.4 A Time to Praise the Great Healer
4 Summary: The Key Elements Needed to Help Women Suffering From Extreme Trauma
5 A Final Note

I was recently asked by New Vision Community Church to help teach at a women’s retreat in Texas. The leadership team included two other amazing teachers and mature women in Christ. Honestly, I was the least experienced of the bunch, but it certainly served as a learning experience for me, particularly in the areas of extreme suffering.

The retreat was typical in a lot of ways — time for speakers, time for games and crafts, time for fellowship. But there was also one thing that was different from other retreats I have attended. There was a large segment of time that allowed for one-on-one time given to each woman. It was time used to hear their stories and then to minister to their pain. It was time used to lead them to a place where they could overcome extreme suffering.

Extreme Suffering is Part of a Fallen World

Suffering is part of the broken world we live in. We have all experienced some level of trauma and we never want to dismiss the pain anyone has experienced, no mater how great or small. However, after living years in a very comfortable environment, I had forgotten just how evil this world is and how cruel it can be. This retreat reminded me via the stories of broken women. What these women shared during the final portion of the retreat brought it all straight to the forefront of my mind and my heart.

The Retreat Allotted Time for Healing

Towards the end of our weekend, the speaker encouraged the women to participate in inner healing. When she finished, time was made available for each woman to be prayed for with emotional and spiritual healing as the end goal. Four of us split into teams of two, ministering to each woman one at a time. I knew that I was going to hear some heart wrenching stories, but I could have never prepared for what awaited me.

A Time to Walk Along Side Their Pain

These were not just stories of women that were divorced, or had lost a loved one, or were dealing with an illness. These are all tragedies and my intention is not to belittle any of them, but when you compound those types of experiences with physical, sexual, verbal, and emotional abuse you wonder how anyone survives it.

The stories I heard at that retreat were of women repeatedly abused who suffered extreme cruelty, women who were the victims of attempted murder and still bore the scars, women repeatedly abandoned as children and adults, women that had been victims of witch craft, women living in extreme poverty, women who were all but a shell filled only with pain and a lack of self worth.

At times as I heard their testimonies, my stomach would churn from the sadness I felt for them and from the anger I felt towards the Enemy. I then understood the down trodden faces of some of these women with which they came to the retreat and their inability to produce a smile during the lighthearted moments.

From Victims to Victors, The Process of Overcoming Extreme Suffering

As we sat there, listening to their stories, we knew it was not going to be enough to say a five minute prayer and send them on their way. No they didn’t come to the retreat for a bandage. The came to the retreat to be free from their pain. And thankfully the other three women that were ministering with me were skillfully experienced in dealing exactly with these situations.

Confession is a Prerequisite to Healing

Time to Listen to Their Stories and Minister to Them

Although some women just needed encouragement and we prayed for them for a few minutes, others, obviously required a lot more than that. The time spent continually praying for one person sometimes took thirty, forty minutes plus the time spent listening to their stories. In an era of quick fixes, that is an eternity for many but the effects of continuous, persistent prayer when you don’t immediately see results is worth it.

The Need for Persistent Prayer

Miracles happened that night. Years of counseling could not have done what prayer, love, and the Holy Spirit accomplished in a few hours. And as strange as this may sound to the ears of some, the spiritual oppression was so heavy on some of these women that demons had to be cast out.

Often we complain that we don't see miracles, but we are also unwilling to put the time and persistence into our prayers. Click To Tweet

Seventeen women were ministered to. It took over six hours. At the end, I was emotionally and physically exhausted, but I was also overjoyed. What I saw at the end of the evening were smiling faces. Only God could so quickly transform someone from such a deep state of depression to one of overwhelming joy.

A Time to Praise the Great Healer

The next day during the church service, I saw women jumping and dancing as they praised the God that delivered them from their pain. These women will certainly continue to need discipleship and some may require further counseling to help erase some of the remaining scars, but they all left that retreat empowered and with hope. And I am happy to report that weeks later, when I called to inquire on how these women were doing, the joy, the hope, and the smiles were still present.

It was an absolutely incredible and sobering experience. Incredible because lives were transformed. It was sobering because for each of these women that shared their story with me, there are millions more who are still bound to a world of cruelty and sadness. It woke me from my slumber and reminded me of the work that still needs to be done.

I have seen people miraculously heal from mental illness, addictions, trauma, etc. What I witnessed at this woman’s retreat was nothing short of miraculous. However, sometimes God chooses to heal someone through a process instead of a moment in time. Or sometimes He uses a moment in time to do a majority of the healing and then a process continues to the healing. And sometimes it is only a process.

So if someone is not miraculously healed, and they need to go to a therapist on go on medications, praise God! It is important as we minister to others, never stop seeking the miraculous, but don’t prevent someone from receiving professional help. And you may even want to suggest it if people continue to show patterns of unhealthy behavior like depression, self-sabotaging, shame, guilt, etc. It may just be part of their process, but always be willing to walk along side them!

If you were encouraged by this article, please be so kind to share it! 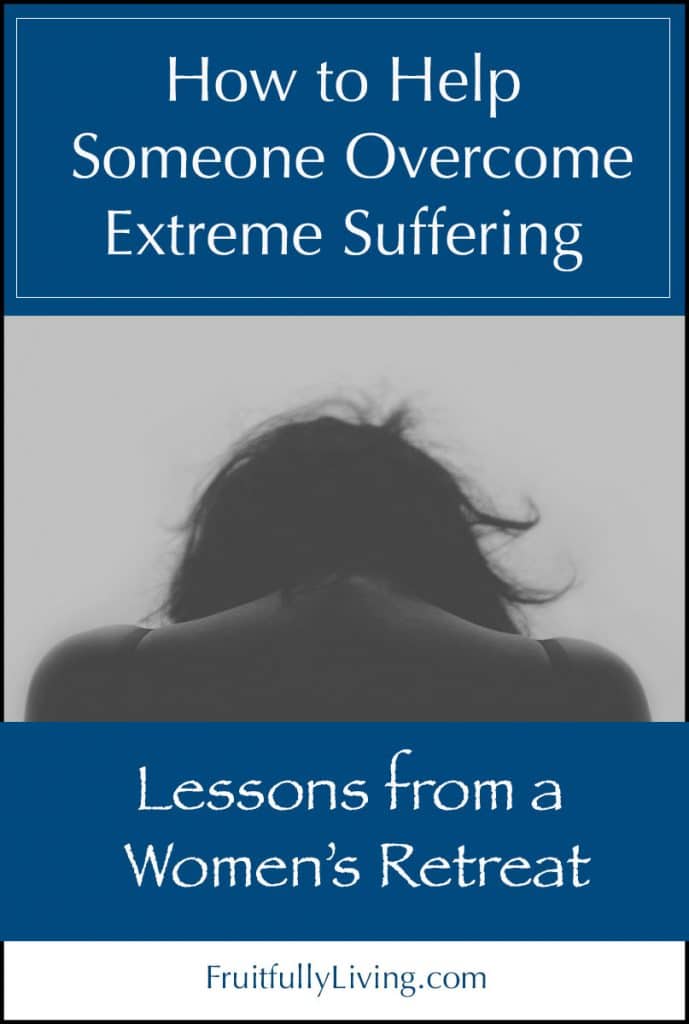