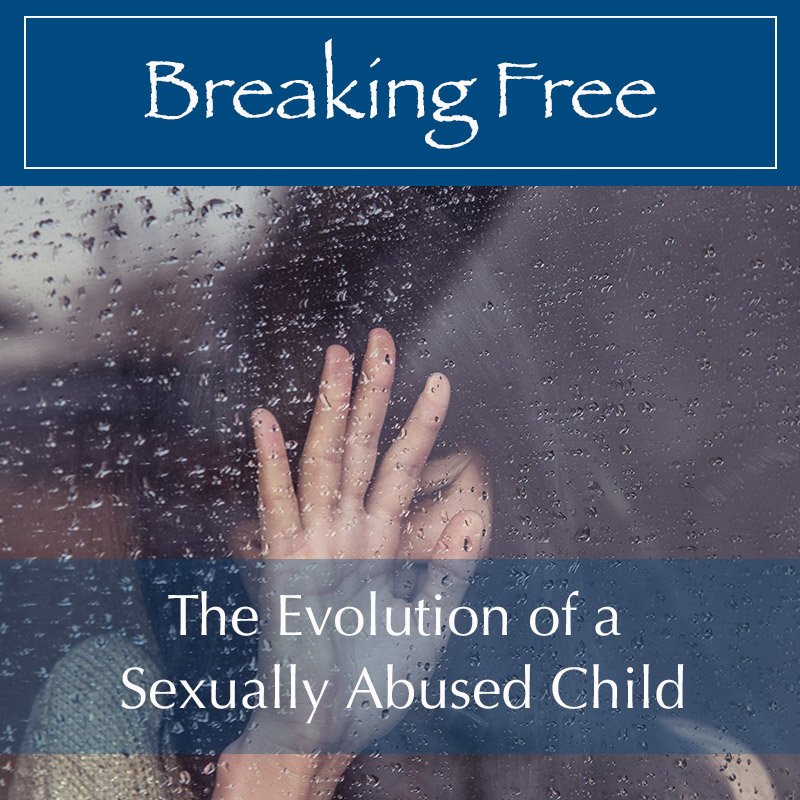 *This post may have affiliate links, which means I may receive commissions if you choose to purchase through my links (at no extra cost to you). As an Amazon associate, I earn from qualifying purchases. Read full disclosure here.
Tweet
Share
Share
Pin
Contents
1 How a Child Becomes the Prey
2 How a Sexually Abused Child Internalizes Guilt
3 Guilt Turns Into Raw Anger and Depression
4 Sexual Abuse Obfuscates True Love and Legitimate Authorities
5 Breaking Free Begins with Experiencing True Love
6 After Love Comes Confession
7 Healing From Childhood Abuse is a Process

It was a metal door that kept me imprisoned. I remember that door so vividly even though some of the room’s other details are a blur. He would shut the door behind me and lead me by the hand to a bed. And I remember all the details of what would happen next.

Yes, this is my story, a victim of sexual abuse. Parts of this story were handwritten many years ago. A folded piece of paper holding those words has been safely tucked into my daily planner, but I had not felt the urge (or courage) to publish it until today.

It is emotionally draining to relive each moment with every word I write and edit, but it is also freeing. And in writing it, I pray that my story can give others hope who are still trapped in the bonds of sexual abuse.

How a Child Becomes the Prey

I was about two or three years old. And while most people can’t remember anything they did at that age, I remember almost every detail of what he did to me. He was a child himself, about 16 or 17. He was a family friend. I don’t recall if he lived with us or would just come to visit, but no one seemed to view him as a threat. Well, no one but me.

He would take me to an isolated part of the house. It was a large room located on the second floor of my grandparents’ house. It sat over the maids’ quarters. You had to go up a narrow hallway with stairs and pass the laundry area. It was the only way to access this room; you couldn’t get to it from any other part of this large house. It was the ideal and convenient place for my abuser because it was nowhere near the main living areas.  It was unlikely anyone would ever wander into the room.

It had been my grandfather’s room for a long time. He slept there on his hospital bed during the final stages of his life. I have one sweet memory sitting on a step looking out of the balcony, madly scribbling on a coloring book. Grandpa was sleeping and I was keeping watch. He later would die in that room. This was before the abuse.

The entrance to the room, had a grayish, blue metal door. My abuser would lock it every time. No one was getting in. I was a very quiet child and I didn’t fight, nor complain, nor question why he took me there. I guess I just trusted that he was my friend.

As I lay on the bed, and he started to do what he did to me, all of a sudden it did not feel right. I remembered feeling so ashamed. I felt I was doing something wrong, but I somehow still didn’t question him. I didn’t question his bad intentions. I internalized all the guilt and bore it upon myself. He damaged me in two ways. He took away my innocence, but he also forced guilt on me that was not mine to bear.

I sometimes wonder how I knew it was wrong even though no one had ever talked about this with me. I was a toddler and this was Guatemala in the late 70s early 80s. You didn’t tell kids about predators. You certainly didn’t talk about sex in our strict Catholic household. And I didn’t tell anyone. My guilt made me keep it a secret and I bore that for so many years.

It wasn’t until I was twelve or thirteen or so that I came to realize that none of that had been my fault. It wasn’t until I was twelve or thirteen that I began to hate my abuser. For whatever reason, it was that time period in my life where it all came to a head. That had not been the only difficult part of my childhood, but it certainly dominated my thoughts more than any of the others. I began to suffer from severe depression and self-cutting and I was rebellious. In a burst of rage or anger, I think I finally told my mom what had happened. She had had no idea.

There are a few things I have learned about myself as I have healed from these wounds. I learned that the abuse helped form a dichotomy in my head. I had a deep-rooted distrust of men, and yet, in my early adult years, I sought sex out as a way to be loved and nurtured. It was a horrible trap.

On the one hand, I had a fight or flight mentality with men and with authority in general. I did not submit easily. On the surface, I might have said okay to an authority figure, but on the inside, it would fill me with so much anger and rage. I mistook authority for dominance. I mistook godly submission for victimization.

On the other hand, I wanted to be loved. And in a childhood filled with so much rejection, my mind somehow connected love with sex. For most of my childhood, I did not have godly examples of godly love nor godly nurture. My parents were in broken marriages back then and I was part of a broken family. Somehow, as perverted as it may seem, the one time I had felt wanted as a child, it had been for sex. And that stayed with me well into my adult years. I led a promiscuous lifestyle, even though I was a professed Christian, and it took years to break free from that.

Do I feel that I have overcome all this? I have overcome a lot of it, but I know there is still some scar tissue there. However, I knew I made a huge leap when I began to feel sympathy and overwhelming sadness for my abuser.

At one point in my teens, I had heard that this young man had been killed and in my anger, my initial response was, “Good riddance.” That was anger speaking.

Now, I don’t feel that way at all. I wonder about the abuse and rejection that he himself suffered that led him to do what he did to me. I feel sadness at the real possibility that he died without knowing the Gospel, without having a chance at eternal salvation. That is love speaking. But you cannot speak the language of love until you understand the source.

That source is God manifested in the man Jesus. Even though my parents did not have their act together yet and my family was still broken and would remain for many years still, Jesus was my first ray of hope. It was the first time I felt truly wanted, loved, and relevant. It was the first time I felt that my mind, my heart, and my soul mattered. That is where the process began and my evolution began to take a sharp turn.

I did not heal overnight. After finding Jesus in my teens, there were many years ahead of turmoil and my mind was still very confused. But now I had a point of reference. Even through the years of broken relationships, promiscuity, and distrust, He gave me purpose, strength, and love to keep battling through. And then I would meet a man that would love me the way Jesus did. That man was my husband. He has been steadfast in his love, forgiving always, and extraordinarily patient.

My mom and dad, who are now pastors, helped me take this bull by its horns through an act of confession. They became Christian when I was in my twenties and went through their own transformations. My story of suffering pales in comparison to theirs, but through their healing, they were able to help me.

My parents have extensive experience dealing with abuse cases (sexual, emotional, and physical). Their own stories encouraged them to reach out to others that were broken and in desperate need of healing. Interestingly enough, I rejected their help for years because I was still battling the anger and rage.

But as love softened my heart towards them, I sought their help. They took me through a path of confession, and prayer, and tears, and bringing it all out in the open (the abuse, the guilt, the anger, the promiscuity later in life, the irrational feelings) to finally be able to release it to God. There was no condemnation nor judgment, just love. I walked out of that experience feeling like the world had been lifted off my shoulders.

Healing From Childhood Abuse is a Process

My transformation and healing was a process, not a moment nor an instance. It was a process that took over three decades that finally helped me break down that metal door. Often those standing on the outside looking in, don’t understand why we just can’t get over it. They don’t understand the prison we are in and the layers of emotions and walls we have built around ourselves. Healing cannot come until each layer is peeled off and every wall is broken down.

Statistics tell us that 1 in 4 women and 1 in 6 men have been sexually abused in the United States. So as you look at the faces around you, remember those statistics before you make a judgment call. That girl at church that dresses provocatively, the cashier that is rude and obnoxious, the co-worker who is difficult to be around. Healing cannot begin unless there is love and acceptance. Be the first step in someone’s healing by showing them a Jesus kind of love, unconditional and welcoming.

I John 3:16 By this we know love, that he laid down his life for us, and we ought to lay down our lives for the brothers.

How to Love Your Body

To the Girl Who Hates Her Mom

How Your Skills and Talents Can Make an Impact