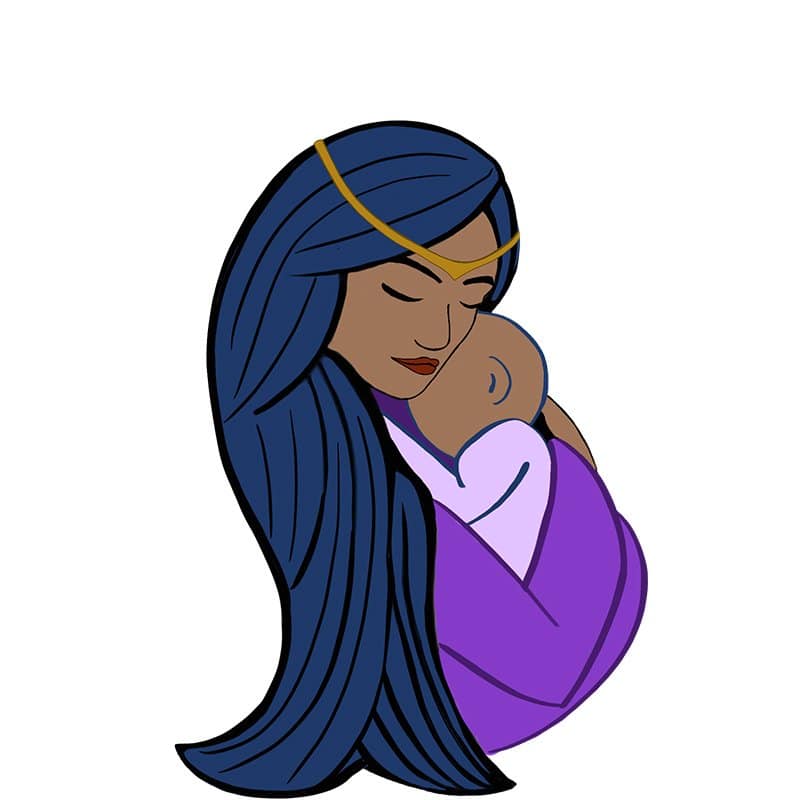 *This post may have affiliate links, which means I may receive commissions if you choose to purchase through my links (at no extra cost to you). As an Amazon associate, I earn from qualifying purchases. Read full disclosure here.
Tweet
Share
Share
Pin
Contents
1 So who was Jehosheba?
2 Doing the Work of A Theologian Helped Uncover Jehosheba
3 Lessons Learned from Jehosheba

When we think of brave women of the Bible, Deborah and Esther come straight to mind, but have you ever heard of Jehosheba?

Honestly, until yesterday, I had not. The story of this princess hero appears in only two Bible verses and she is easily overshadowed by the weight of the other protagonists in that chapter. It also doesn’t help that her name is spelled two different ways, Jehosheba and Jehoshabeath (II Kings 11:2 and II Chronicles 22:11, respectively).

As many times as I have read through this section of scripture, I clearly missed this very important nugget of information. Her bravery, which I believe was based on an unshakable faith, preserved David’s “seed.” God put the right person, in the right place, at the right time and assured the eventual fulfillment of his prophecy to King David that the Messiah, the King of kings, would stem from his royal line. (For a more detailed explanation of the Davidic Covenant and its importance, click here.)

So who was Jehosheba?

Jehosheba was a no-kidding princess whose actions protecting the Davidic royal line. She saved a baby boy, a royal heir, from annihilation all while putting herself in great danger. Based on what we can extrapolate from scripture, Jehosheba’s story probably goes something like this (in my own words):

It is 841 BC in the city of Jerusalem, the capital of the southern kingdom of Judah. Word arrives at the palace that Jehosheba’s half-brother and the king of Judah, Ahaziah, have just been killed. King Ahaziah had taken a trip to the northern kingdom of Israel. He embroiled himself in a chariot’s captain’s coup against a wicked royal family and got himself killed.

Back in Jerusalem, Princess Jehosheba sees soldiers storming the royal palace, rushing from room to room, killing Ahaziah’s sons. She learns from one of the servants that her evil stepmother Athaliah is cementing her rule in a bold power grab now that her son, the king, is dead. She has ordered the execution of anyone that may have a claim to the throne even if it means killing her own grandchildren. Jehosheba is not surprised by the length that Athaliah will go to achieve her purposes. After all, she is the daughter of the evil King Ahab and the wicked Jezebel. Her son Ahaziah, might have been the only person Athaliah loved, and without him, she is determined to destroy anyone and anything that challenges her throne.

Jehosheba is instantly gripped by fear at the carnage before her. But fear turns to sadness at the realization that she is about to lose all of her nephews, ending the royal line of the mighty King David. “God, help them,” she whispers through sobs and tears. In a brief moment of clarity, she remembers that the infant Joash’s room is at the opposite end of the palace from where they are conducting the searches. The screams that are echoing through the halls almost paralyze her, but time is of the essence. With razor-sharp focus, she rushes to the young prince’s room hoping to beat the soldiers there. She tries desperately not to think about what would happen if Athaliah found out of her betrayal.

Jehosheba is greatly relieved to find the baby soundly sleeping in the arms of his frightened nurse. “Praise God,” she says quietly and ushers the nurse to follow her. Jehosheba checks to make sure the coast is clear and leads both to a bedroom out of the soldier’s path. Unable to find the missing child, the soldiers who are following orders but not loyal to Athaliah, report to her that all the princes have been killed. While Athaliah is reveling in her victory, Jehosheba instructs the nurse to keep the baby quiet and leaves them temporarily.

She needs to find the best way to escape and get to God’s temple, the least likely place the Baal worshiper Athaliah will ever visit. After determining a clear path of safety, Jehosheba finds a trusted servant to relay a message to her husband. “I was unusually detained, but I will meet you this evening at the House of the Lord.” She returns to her nephew and his nurse with food and water.  After waiting for the cover of night, all three sneak out of the palace grounds and head towards the temple.

The Levite Priest Jehoiada is comforted at the news that his wife is alive despite the horrors that occurred in the palace grounds. He anxiously awaits the arrival of his beloved. At last, he sees two shadows approaching the temple grounds. He rushes out to meet them and is stopped in his tracks when he sees that Jehosheba is holding an infant child.

“It is Joash, King Ahaziah’s only remaining son and heir to the throne. With God’s help, I managed to save him before he too was murdered.”

“Oh what a great wife that the Lord has blessed me with!” he exclaims. “Many generations will know what you have done this day!”

Jehoaida and Jehosheba would hide the child for six more years until Athaliah was forcefully overthrown and the young child was able to ascend to his throne.

Doing the Work of A Theologian Helped Uncover Jehosheba

Obviously, since her account appears in only three scriptures, the story I relay here is mostly a product of my wild imagination. But the real story was probably worse and more horrific. Athaliah was an evil woman, the daughter of evil parents, and a woman who had influenced her son Ahaziah to do evil things. I learned these things because I was able to take the time to unpack the story.

The Bible is full of little nuggets of information that can go right over our heads if we don’t take the time to meditate on them and dig a little deeper. Many times I get lazy and just keep on reading when I don’t understand something. This time, however, I finally stopped and did dig a little deeper. The result was that I was able to get a full appreciation of the extent of this woman’s accomplishment.

I began my research because I felt confused by so many names being thrown at me in that chapter of II Chronicles. So I set out to put together a family tree. As I researched each name and each familial connection, a much clearer picture emerged on what exactly was happening and why it was so significant. I mention this only to encourage you that at least every once in a while, don’t be afraid to roll up your sleeves and do the hard work of a theologian. It is so worth it.

I have learned so much from studying this account, but as I look at this brave woman, this princess hero, I also know that it will be a great lesson for my two daughters. So what exactly do I want them to take away from Jehosheba’s story?

–That she was willing to do what was right regardless of the potential consequences to herself.

–That she was a light in a dark place because she held true to God’s laws when much of Judah at the time had strayed away.

–That you have to be ready at any moment’s notice to accomplish God’s work.

–That you should not be afraid to be a woman that girds up her loins.

–That even in the darkest of times, God is still working and moving.

–That the best princesses are those who honor and love God.

Other Stories of Heroic Women in the Bible:

Author’s note: In my story, I claim that Athaliah was Jehosheba’s stepmother. It is very possible since kings during this time period had multiple wives and concubines. However, the scripture is not abundantly clear on the matter so Athaliah could have potentially been her mother.

How to Help Someone Overcome Extreme Suffering