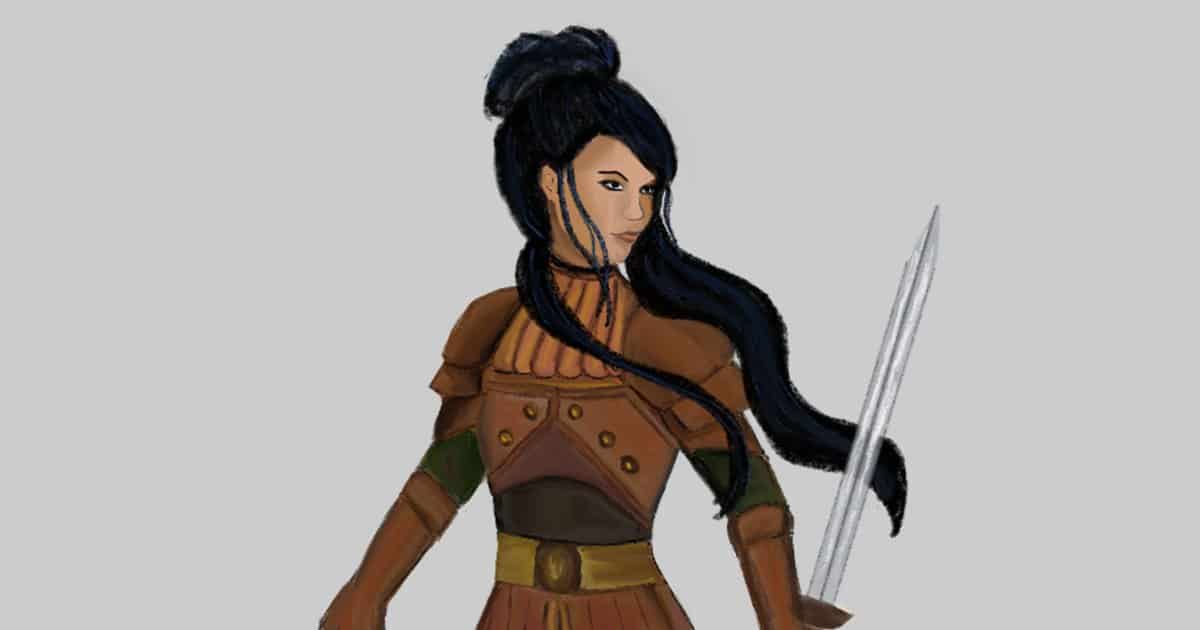 *This post may have affiliate links, which means I may receive commissions if you choose to purchase through my links (at no extra cost to you). As an Amazon associate, I earn from qualifying purchases. Read full disclosure here.
Tweet
Share
Share
Pin
Contents
1 Problems with Incorrect Translations of Proverbs 31
2 The Hebrew Word Chayil in Proverbs 31
3 The True Meaning of a Chayil Woman
3.1 Chayil in Other Parts of the Bible
3.2 Chayil is a Military Term
4 Proverbs 31 Was Not Written for Women
4.1 Chayil is a Word a Warrior King Could Understand
5 Digging Deeper into Proverbs 31
5.1 Proverbs 31 Study Questions

Problems with Incorrect Translations of Proverbs 31

Bad translations can lead women to be shortchanged in their understanding of womanhood and in the process, many are left feeling less than worthy and worse, they have been afraid to use their gifting to its maximum potential. The church is overlooking, undervaluing, and underusing women and all because of bad teaching if we want to be honest.

Why do I call it bad teaching? Well, we have taken our western values, traditions, and ideas and superimposed it on the Biblical text instead of reading the text for what it is and/or reading it in the context of Middle Eastern culture and history. Such is the case with Proverbs 31.  I am not the first one to write on this, but I hope as more women do their own research and present their findings, we can have a more honest discussion using both the male AND female perspectives.

The Hebrew Word Chayil in Proverbs 31

When we look for a definition of womanhood, we quickly flip our Bibles to Proverbs 31. This is a woman who is highly praised and so it seems like the logical place to start. Note that this is not a study that is going to take Proverbs 31 verse by verse. Instead, I want to first focus on the verse that sets the tone for the entire section of scripture and then talk a little about the context. I want to lay out the framework and then let you take it verse by verse. The first verse of this acrostic poem is Proverbs 31:10.

“An excellent wife who can find? She is far more precious than jewels.” Proverbs 31:10 ESV

Women are being shortchanged in their understanding of womanhood and in the process many are left feeling less than worthy and worse, they have been afraid to use their gifting to its maximum potential. Click To Tweet

The term excellent as found in the ESV is also as translated as noble character, virtuous, worthy, and good in other English versions of the Bible. (I looked at fourteen versions to be exact by doing a quick survey in the Blue Letter Bible ). In other words, when you read this verse in your English Bible you will likely walk away with the idea that this ideal woman is virtuous and/or noble. Unfortunately, that is not what the verse is talking about at all.

These words (excellent, noble, virtuous) are translated from the ancient Hebrew word pronounced as “chayil.”  Chayil is what appears in the ancient versions of the manuscripts the Bible is based on. It is the Hebrew word that was used to render our current English translation. The problem? It is erroneously translated. Why do I know this? Because by looking at how this same word is translated in other parts of the Bible, it doesn’t even come close to excellent nor noble nor virtuous.

The True Meaning of a Chayil Woman

If you click here, you will find a Biblical outline of how this word chayil is translated throughout the Bible. It is translated as army 56 times, as man of valor 37 times, as host 29 times (as in a military host that is), as forces 14 times, as valiant 13 times, as strength 12 times, as riches 11 times, as wealth 10 times, and so on. The Gesenius’ Hebrew-Chaldee Lexicon says that the meaning of this word is strength, power, might (especially warlike), and valor. Below are some examples of how chayil is translated in other sections of scripture.

Get a Free Girl’s Armor of God Printable Here.

Chayil in Other Parts of the Bible

Exodus 14:9 The Egyptians pursued them, all Pharaoh’s horses and chariots and his horsemen and his army [chayil], and overtook them encamped at the sea, by Pi-hahiroth, in front of Baal-zephon. ESV

II Samuel 17:10 Then even the valiant [chayil] man, whose heart is like the heart of a lion, will utterly melt with fear, for all Israel knows that your father is a mighty man, and that those who are with him are valiant [chayil] men. ESV

Do you see the disconnect with the English translations of Proverbs 31:10?

Chayil is a Military Term

Proverbs 31:10 is not talking about an excellent or noble wife. It is talking about a strong, valiant, or even warrior-like wife. Not that there is anything wrong with being excellent or noble or virtuous. Those are all good things but we have to be true to the scripture and interpret the verse in light of what it is actually saying. And the use of a military term here resonates with another military-like term used to refer to women during the Creation.

See my Related Article, What is the Role of Women?, Defining Help Meet.

When I first discovered this, it had a tremendous impact on me. It redefined how I view myself as a woman and how I would raise my daughters. Yes, I want them to grow up showing the love of Christ and having noble and virtuous qualities. But I also want them to be strong, brave, and warrior-like in their faith and spiritual walk. I want them to be tenacious and bold. I want them to be chayil women, women of valor.

Proverbs 31 Was Not Written for Women

Although as Christian women we consider this “our” section of scripture, the reality is that a woman gave the sage advice found in Proverbs 31 to a man, a mother to her son to be exact. As we learn early on in verse 1, a mother taught these are oracles to her son King Lemuel. This was first brought to my attention in a blog I read, Eshet Chayil: A Hebraic Perspective, as I researched this topic. There are also commentaries that agree with the view that the intended audience was a man.

Why does this matter? Because as women, when we read everything that the Proverbs 31 woman was able to do, we sometimes get discouraged and feel like there is no way that we can live up to that list. She was a businesswoman, she planted her own fields, she gave to the poor, and so on. It is overwhelming to think about. However, rest easy women, the point of this section of scripture is not about how we are to live up to it (although there is certainly lots of wisdom to be gleaned from it). Rather, I believe that the point is for men to appreciate all those God-fearing women do.

This takes us back to the word chayil. God doesn’t do anything half-heartedly. Every word in scripture has a purpose and a place. This poem about this woman, written for a man, was spirit-inspired and made it into our Bibles for a reason. Why would God use this military word chayil that was usually used to refer to men of war? What would a man reading this get out of it?

Chayil is a Word a Warrior King Could Understand

As I meditated and prayed through these questions, I thought of my husband. He is a retired Marine. He is a man’s man. Men easily gravitate to him. Why? I think it is the warrior in him. I also thought about the men that produce awe in my husband. They are the valiant warriors. They are the guys that will battle through enemy riddle streets against all odds. They are the Chesty Pullers and the Chris Kyles of the world. As a student of war, I have also found that warriors are bound to other warriors and King Lemuel was likely a warrior. Out of necessity, kings from that time frame usually were seasoned men of war.

So here is this king who most likely understands the warrior’s heart. He receives a poem from his mother that refers to a highly praised woman as a valiant woman, as a chayil woman. Why? Because the intent is to get the king to appreciate this woman and her efforts to the same degree that he would value any mighty man of war. That what this woman does day in and day out is just as brave and valiant as a soldier in the midst of war. Ladies, if that doesn’t give you goosebumps, I don’t know what will.

If you ever wondered if God notices what you do, reading Proverbs 31 should put that to rest. He wants men to see you and give you the same value that they would give their war brothers. God sees you, the woman that loves Him, that fights for her family, her church, her community, as valiant, and strong, and a warrior.

Now that I have laid out this framework it is time for an exercise. I invite you to reread Proverbs 31 with your new understanding of the meaning of the word chayil. The word appears at the beginning in Proverbs 31:10 but also towards the end in Proverbs 31:29. All of her works are encapsulated by these two verses that speak of her valor and strength. (Feel free to also read my blog on Proverbs 31:17, Woman, Gird Up Your Loins.) With that in mind consider the following questions.

How does the true meaning of chayil change your understanding of this section of scripture?

How does knowing that this poem was written for a man change your perception of this section of scripture?

As you read the poem, what in each verse demonstrates her strength and valor?

Do you see other military terminology used? Where?

Do some of these other verses in Proverbs 31 now take on a different light?

How does it change how you view yourself as a woman and a wife?

If you have daughters, how does this change how you want to raise your daughters?

—Does it change how you want them to see themselves?

Created in His Image: Defining Truth for Women