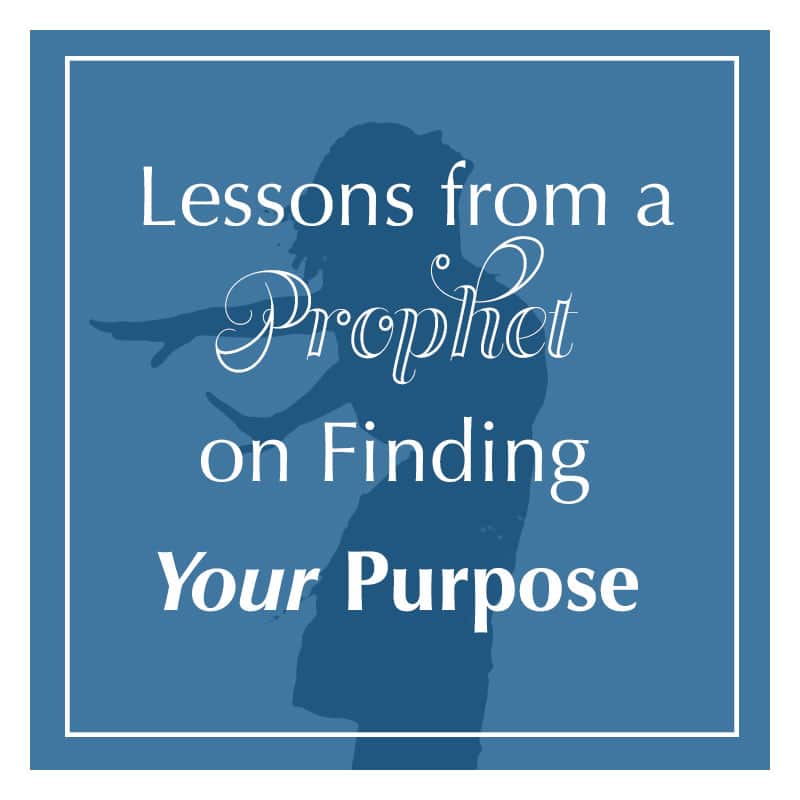 Tweet
Share
Share
Pin
Contents
1 Who is the greatest in the Bible?
2 Why was John the Baptist the greatest?
3 What was John’s calling and purpose?
4 How is that relevant to finding your purpose?

Life can feel pretty blah if we wander aimlessly without purpose. Even those of us that have been Christians for some time can struggle to find our calling, the purpose for which God created us.

Usually, our individual calling is tied to our natural gifts, talents, and interests. And there are methods for narrowing those down and choosing the path or paths that God has for us.

But our calling will be ineffective if we fail to acknowledge one very important, but simple truth. That truth is woven in the life and ministry of the greatest person in the Bible pre-Pentecost (other than Jesus). Understanding why this particular prophet was so great, is the first and necessary step to finding our purpose.

Who is the greatest in the Bible?

Was it Moses who parted the Red Sea? Or David who brought a rock to a sword fight against a giant? How about Daniel who spent a cozy evening with some hungry lions? No, it had to be Elijah who called upon God’s fire from heaven to incinerate the altar of the priests of Baal. Or was it?

Actually, the right answer is none of the above. The greatest was John the Baptist. Jesus tells us himself.

Luke 7:28a I tell you, among those born of women none is greater than John.

Relevant Article: How Your Skills and Talents Can Make and Impact

Why was John the Baptist the greatest?

I wrestled with that question for some time. According to Luke 1:17, John came with the spirit and power of Elijah (confirmed by Jesus in Matthew 11:14) and yet, on paper, I would have hired Elijah over John for the title of “greatest.”

Seriously, Elijah had some of the coolest miracles under his belt. He summoned fire from heaven (not once but twice), ushered in a drought and then rain 3.5 years later, multiplied a widow’s meal and oil, divided the Jordan River, and quite a few others. But to top it off, the guy rode off to heaven in a chariot of fire.

What did John do? As far as miracles are concerned, not much. In John 10:41 we learn that the people around him said “John did no sign” (ESV). And his lack of miracles (not to mention his choice of diet) is the reason I was always left scratching my head every time I read that Jesus called John the greatest. Well, until I realized I was using worldly criteria, instead of spiritual ones.

The key to understanding why John was greatest is in the second part of 10:41, which says, “but everything that John said about this man [Jesus] is true.” John was being true to the purpose for which he was born and that purpose is what made him the greatest.

What was John’s calling and purpose?

John’s purpose was prophesied in Malachi 3:1 and Isaiah 40:3. The sole purpose of his life’s work was to prepare the way for Jesus Christ. He was the herald. There were no fireworks or great water miracles. He was just the guy that introduced the main act and then silently faded away behind the curtains.

Relevant Article: “Who is Jesus? A Response from a Broken Woman“

But when I think about Jesus, I see it clearly. All roads point to Him. He is the goal, the end, the purpose behind everything that we do. He is it. Without Him, there is nothing. There is no greater joy than Him. Achieving “greatness” without Him is achieving nothing at all.

So to be given the responsibility to herald in the King of kings, the Lord of lords, the Light of the world, and to do so with every part of his being–yes that made John pretty great. He was not sidetracked by other responsibilities or duties or miracles, his whole life was about Him.

How is that relevant to finding your purpose?

If the end result of our calling is not to point people to Jesus, then our calling becomes a sham. This doesn’t mean that we all drop everything and become evangelists. There are other side goals and duties that we must attend to.

If our current calling is to be a mom, well we need to feed our kids and clothe them. That takes time and effort. But what is our end goal? To point our kids to Jesus.

If our current calling is to be a doctor, well we have to see our patients, spend time diagnosing their issues, talk them off the Google-self-diagnosis ledge, but what is the end goal? To point our patients and colleagues to Jesus.

Do you see the pattern? So whether you are in the beginning stages of identifying a calling or right smack in the middle of it, if Jesus isn’t the end goal, you need to go back to the drawing board. If your heart isn’t ready to say these words from John the Baptist, “He must increase, but I must decrease,” (John 3:30 ), then your heart isn’t ready at all.

As a first step, I want you to do something with me. Let’s take out our planners, or wherever it is that we use to write down our five-year-plan, goals, or ideas for a profession, ministry, or calling. Let’s open it up and write this word in big bold letters at the top. JESUS. That is the goal. Now we can relax and prayerfully fill in all the other pieces later.

Speaking Truth to the Lies We Believe as SAHMs

Uriah the Hittite: A Faithful Warrior

Devotional: 2020, A Year in the Wilderness